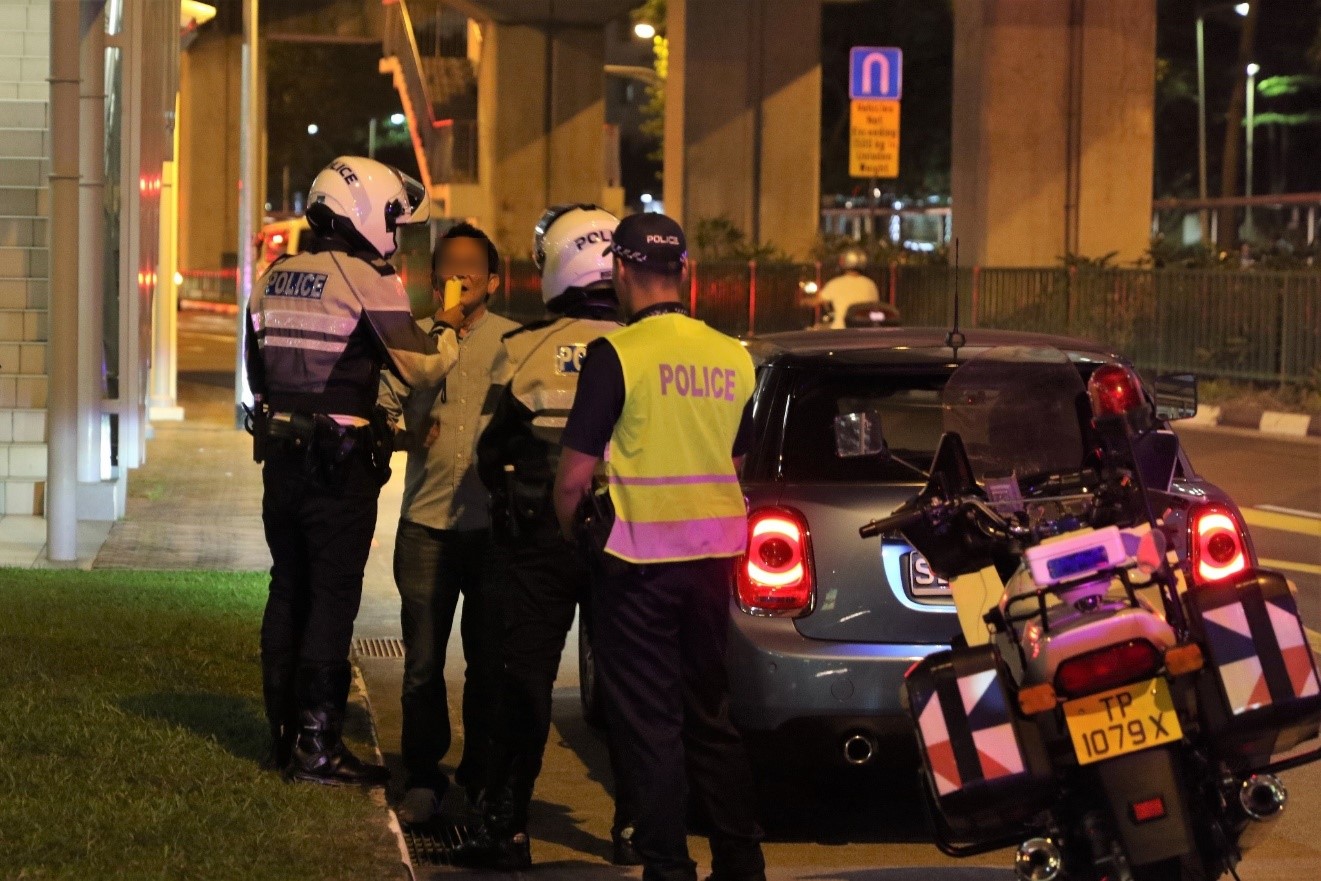 Drink drivers, upon conviction, will be disqualified from driving for at least 12 months. They will lose their driving licences and have to retake and pass the theory and practical driving tests in order to obtain their driving licences again. In addition, first-time offenders can be fined between $1,000 and $5,000 and can have their driving licences disqualified for a period ranging from 12 to 48 months, depending on their BEA test results. Repeat offenders may be punished with a maximum fine of $30,000 and a mandatory jail term of up to three years. They may also receive up to 6 strokes of the cane should death or serious injury be caused.

Superintendent Ho Yenn Dar, Head Operations and Training Branch of Traffic Police said, “Despite repeated warnings and regular enforcement operations, some motorists continue to drink-drive. The Traffic Police will step up enforcement action against irresponsible drink drivers who put themselves and other road users at risk. In addition to road block checks, motorists can expect to be stopped for drink driving checks when observed to be incapable of controlling their vehicles. Those who persist to drink drive will face the full consequences of the law.”