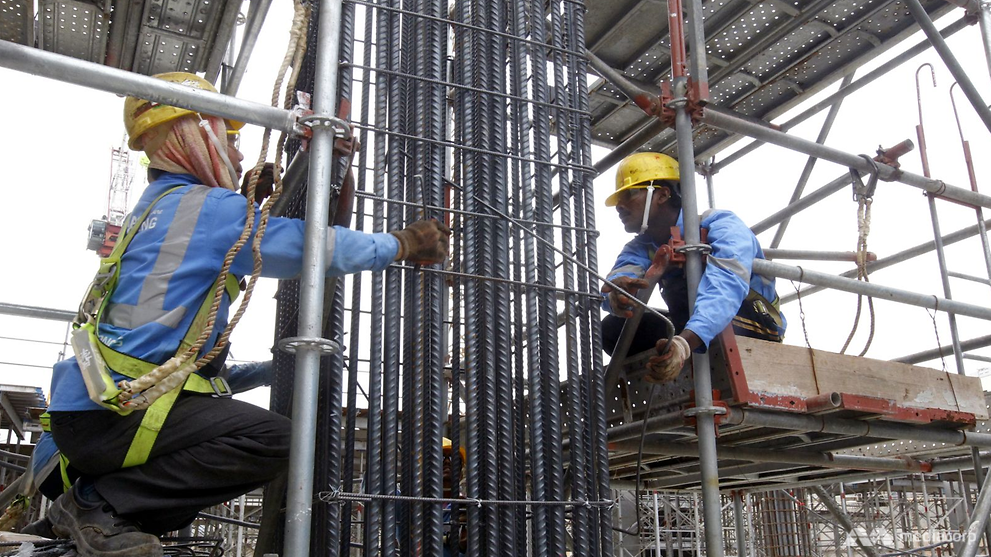 SINGAPORE: Two employers were fined in November for offences related to work injury compensation, the Ministry of Manpower (MOM) said on Thursday (Dec 28).

Valiancy was fined a total of S$20,000 after it failed to carry out an order to compensate its carpenter, Mr Phua Soon Beng, S$25,000 for an accident with a wood cutting machine that amputated the tip of his left thumb.

The company pleaded guilty to one count of non-payment of compensation and five counts of non-insurance after it was also found that it did not insure and maintain work injury compensation insurance for a total of five employees including Mr Phua at the time of the accident, which occurred in November 2015.

Valiancy has since paid Mr Phua the S$25,000 and has been barred from applying for and renewing work permits for six months, said MOM.

Suriakumar was fined S$21,000 after he was found to have paid only a fraction of what was ordered when his marine trades worker, Mr Sujan Ahmed Ali Ahmed, injured his right elbow and back from a fall in May 2015.

Mr Suriakumar had been asked to pay Mr Sujan S$11,625 as work injury compensation, but he only managed around S$2,480 within the stipulated timeframe of the order.

Furthermore, Mr Suriakumar did not insure and maintain work injury compensation insurance for 11 employees including Mr Sujan at the time.

Mr Suriakumar pleaded guilty to one count of non-payment of compensation and five counts of non-insurance. He was also ordered to pay Mr Sujan the outstanding S$9,145.

Besides being barred from applying for and renewing work permits for six months, Suriakumar has also been sentenced to 120 days imprisonment for defaulting on the court fine and compensation to the worker, said MOM.

MOM added that Mr Sujan will get an ex-gratia payment from the Workers' Fund for his work injury compensation claim.

"Of the approximately 30,000 work injury compensation (WIC) cases processed annually, over 99.9 per cent of valid claims are settled in full," she said.

"Employers are required by law to purchase WIC insurance for their workers and to pay out compensation to workers who are injured at work ... MOM will take enforcement action against employers who do not (do so)," she added.