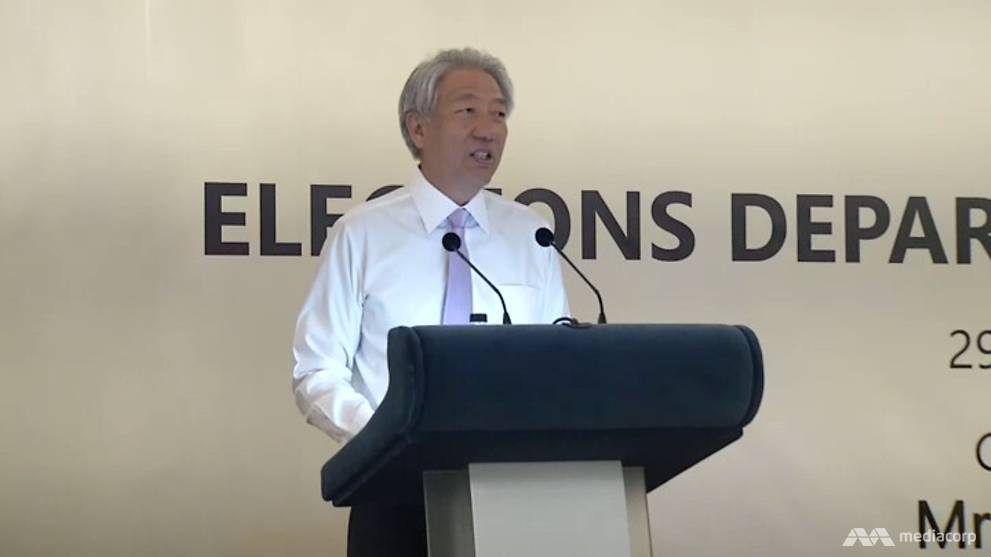 SINGAPORE: The Elections Department (ELD) marked its 70th anniversary on Friday (Dec 29) with a celebration at the Fullerton Building, where it was first established as the Elections Office in 1947.

The event was attended by DPM Teo Chee Hean and Minister Chan Chun Sing, as well as past and present Returning Officers, election officials and officers from various public agencies that worked with the department, ELD said in a media release.

"As the custodian of the election process in Singapore, ELD has contributed to 70 years of free and fair elections and upheld the integrity of our democratic process," Mr Teo said in his speech.

"I commend ELD and our officers for their efforts in administering a fair, reliable and trusted election system," Mr Teo said, adding that voter turnout at presidential and general elections are above 94 per cent on average, which is "comparable to other countries with compulsory voting such as Australia, Belgium and Luxembourg".

In his speech, Mr Teo highlighted the contributions made by 84-year-old Puteh Bin Mahamood, who has been working at the ELD for 70 years.

"He remembers the first Legislative Council election in 1948 and meeting personalities such as Mr David Marshall and Mr Lim Yew Hock," Mr Teo said. "Mr Puteh is here today and exemplifies the dedication and commitment that ELD staff have for their work."

Mr Puteh Bin Mahamood (fourth from left), who has been with the ELD for 70 years.

Mr Teo also noted improvements made to the election process over the years, including the option to vote from overseas, as well as releasing sample counts before official results are made available on counting night.

Going forward, Mr Teo said ELD will implement eRegistration at polling stations. Election officials will scan voters' NRICs to register them to shorten waiting times before they cast their votes.

The Deputy Prime Minister added that ELD has contributed to nation building in Singapore.

"This would not have been possible without all of you working as one public service," Mr Teo said.

The mark the anniversary, the ELD put together an exhibition showcasing major events and process enhancements over the last 70 years. The exhibits and videos are available on its anniversary website, it said.

They only work once every 4 years. In the meantime..continue to draw salary and shaking legs.

Nice story made up to show the world

Worst is .... it did not constitute a story

Story is interesting & nice to listen to 🙄