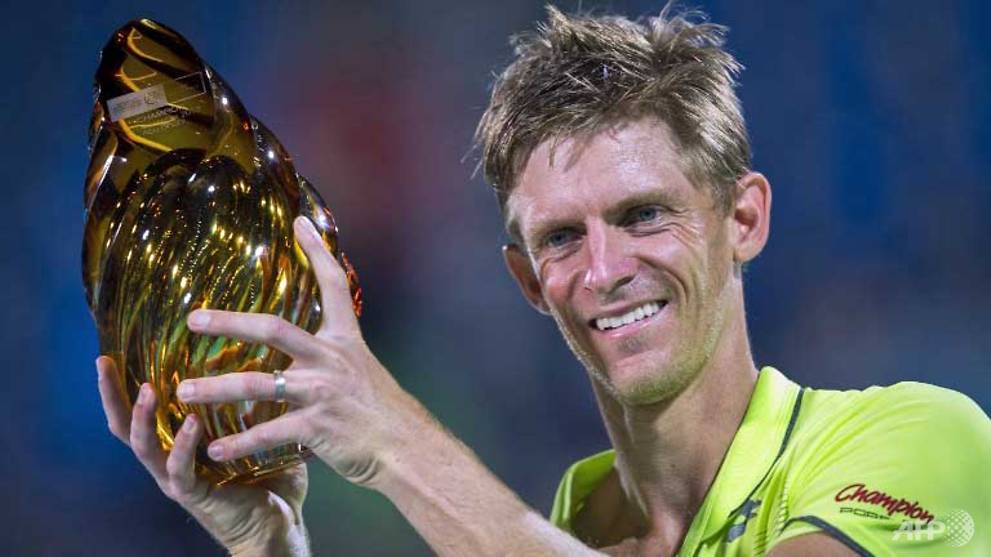 ABU DHABI: Kevin Anderson won the 10th edition of the Mubadala World Tennis Championship on Saturday (Dec 30), joining a roll of honour that includes Rafael Nadal, Novak Djokovic and Andy Murray as its only previous winners.

Anderson played three matches in the six-man exhibition tournament and won all of them in straight sets, including wins against two players ranked higher than him -- world number five Dominic Thiem and number 10 Pablo Carreno Busta.

"It feels great to win a tournament that has been played for 10 years and has such great champions in the past," said Anderson, who heads to Pune in India for the Maharashtra Open before flying down to Melbourne for the Australian Open.

"I am very happy with the way I played and I am very excited about the next few weeks and obviously, the rest of 2018.

"I have set big goals for myself and this is a good start towards that. I can definitely take the confidence from here to my next few tournaments.

"I worked very hard during the pre-season and it was good to put that to test here. I was very pleased with the way I served and with my movements on the court."

The 31-year-old Anderson, who had lost to Bautista Agut in their only previous head-to-head, started strongly by breaking the 29-year-old Spaniard in the opening game.

He then held on to his extremely reliable serve to close the first set in 37 minutes.

The second set was closely contested for just over an hour, with Bautista Agut showing real intention by breaking Anderson in the second game to go 2-0 up.

However, the 2017 US Open runner-up broke right back and the set went with serve thereafter.

In the tie-breaker, Anderson just proved too strong and closed it without losing a point.

Bautista Agut, who had beaten Andy Murray in a one-set match on Friday after would-be opponent Novak Djokovic withdrew injured, said: "I am happy with the way I played my three matches and I am very happy with the tournament, but Kevin served very well today and played very aggressive."