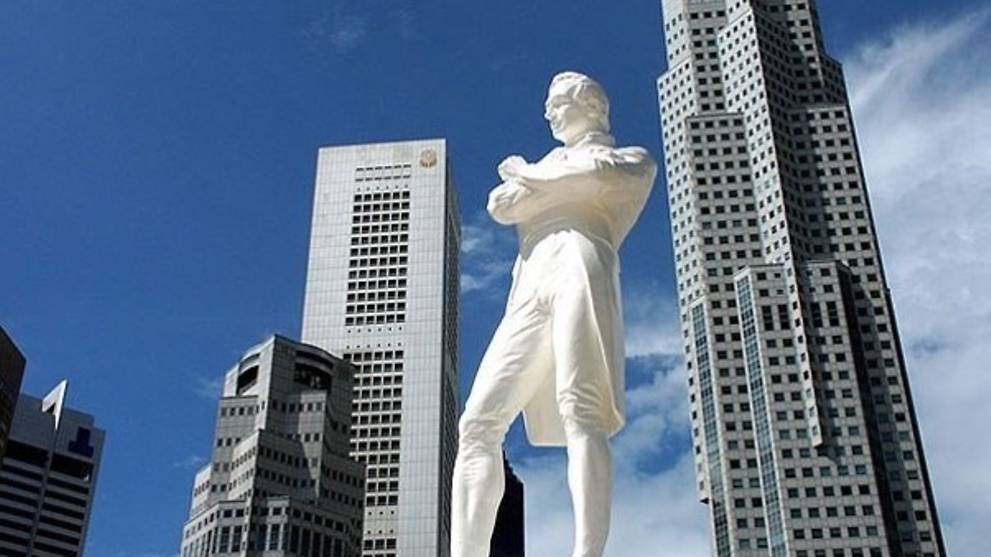 Singapore’s bicentennial commemoration in 2019: A time to reflect on its rich history

SINGAPORE: About four months ago, former parliamentary secretary Yatiman Yusof wrote to the Government. His request - to name a street in what will be the Bidadari housing estate after a school that had recently been demolished.

That school was Sang Nila Utama Secondary School at Upper Aljunied Road. According to the Malay Annals, Sang Nila Utama is a Palembang prince who gave Singapore its name in the year 1299. When the school opened in 1961, it was the first Malay-medium secondary school set up by the Government.

“In came a reply from a very senior officer from the Housing Development Board to say that ‘Ok, we will have a small plaque to say that this is the site of the former Sang Nila Utama Secondary School’,” Mr Yatiman shared.

He said the school reflected a big milestone in Singapore’s education system, as prior to its opening, many Malay girls did not go to school because most then were run by Christian missionaries.

“But when the Government introduced multi-lingual education for secondary schools, thousands of Malay girls went to secondary schools and now their numbers overwhelms the males in the universities.

“The school captured the changing policy and it was a big milestone in our education system. Would a small plaque be sufficient?”

Mr Yatiman said he hopes this lack of depth in understanding Singapore’s history will be addressed through the Singapore Bicentennial, a series of events and projects in 2019 that will commemorate 200 years since the arrival of Sir Stamford Raffles onto Singapore shores.

The commemoration was announced by Prime Minister Lee Hsien Loong on Sunday (Dec 31) in his New Year Message.

Sharing more details with the media, executive director of the Singapore Bicentennial Office, Gene Tan, said that rather than a celebration, the Bicentennial is a time to reflect on the nation’s journey.

“It’s a prequel to SG50 (Singapore’s 50th year of independence),” Mr Tan said, adding that projects being planned will also explore the 500 years before 1819, widely accepted as the year modern Singapore was founded by Raffles.

The office will be supported by an advisory panel consisting of members from the public and private sector. They include Mr Yatiman and historian, Prof Tan Tai Yong.

“SINGAPORE’S HISTORICAL EVOLUTION DID NOT JUST SPRING OUT OF 1819”

Prof Tan, who is the President of Yale-NUS College, said the commemoration will allow people to understand how Singapore came to be as a nation in 1965, including what shaped it and what challenges earlier generations had to overcome.

And that is why, he said, it is important to go beyond 1819, to get the “full complexities of history”. That’s because new research is “pushing the boundaries of knowledge further backwards”.

“(Going by) popular belief and what we learn in school is that 1819 marker is the start of history in Singapore,” he said.

“To some extent it is true because 1819 was the beginning of the making of modern Singapore … but to say that everything that happened before 1819 is irrelevant is wrong historically.”

“Singapore’s historical evolution did not just spring out of 1819 but was kind of a continuation of something that had happened, as far as evidence can tell, all the way back from the 14th century onwards. We can trace it back to Sang Nila Utama.”

For example, Prof Tan said research shows that as early as the 14th century, Singapore was part of regional dynamics, functioning as an emporium, a trading port and had been a part of a political tussle involving the various empires such as Sri Wijaya, Majapahit, the Cholas, Ayutthaya and even the Chinese, presumably because they realised the strategic significance of the island.

WORKING WITH THE COMMUNITIES TO ENSURE THEIR STORIES ARE TOLD

At the same time, those on the panel acknowledged that the commemoration should not be a reflection of just one story nor a “rose-tinted” account of the last 200 years.

For example, Mr Tan said digging deep into Singapore’s history during the commemoration should also reflect the squalor, infighting and segregation that surfaced during some darker periods.

Dr Tan added glossing out such parts of the nation’s history would be a missed opportunity in understanding the “complexities and richness” of our past.

Mr Tan said the idea that Singapore flourished under British rule is just one part of a story.

Organisers will work with the various communities to piece together these stories. They include religious organisations such as mosques, schools, cultural associations and government bodies. More than 60 partners have already been engaged.

MAKING USE OF MULTIMEDIA, IMMERSIVE EXPERIENCES TO TELL STORIES

Organisers said the scale of the Singapore Bicentennial will not be as large as the SG50 celebrations were.

Instead, come 2019, the commemoration will ride on existing events organised by its partners.

For example, Mr Tan said museums and other institutions, which normally organise exhibitions each year have been asked to use the bicentennial commemoration as a theme.

He said the National Day Parade in 2019 could also reflect this theme during celebrations.

There are also plans to organise a “centerpiece” event where Singaporeans can gain a better understanding of the nation’s rich history in an accessible manner.

More details on projects will be released in the middle of next year.