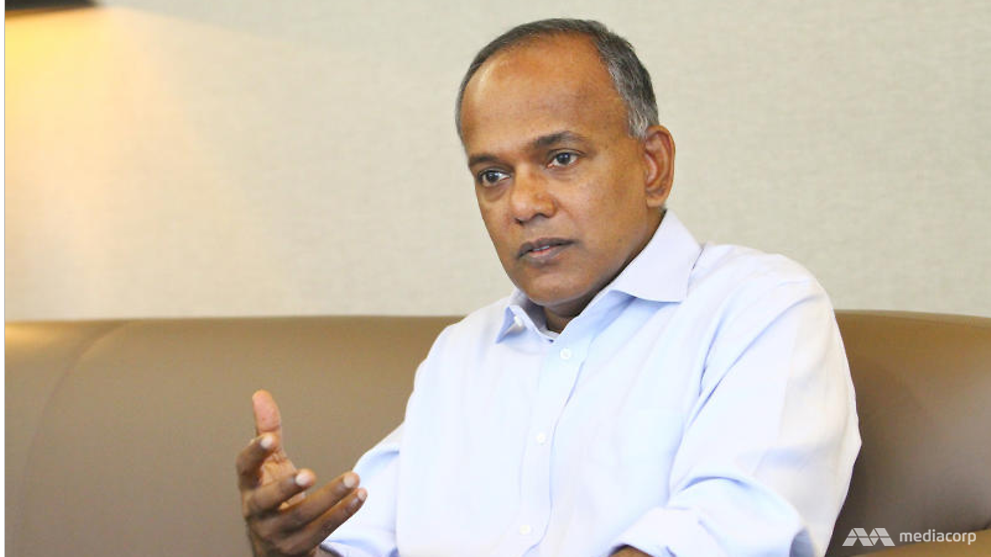 Islamophobia growing around the world, Singapore must keep it out of the country: Shanmugam

SINGAPORE: Islamophobia in many parts of the world is “developing to a greater degree now”, it is unacceptable and it increases the risk of violence, said Home Affairs Minister K Shanmugam.

“In many countries, we see it in elections, you see parties which advocate that – winning a substantial amount of votes – obviously it is having a substantial impact on populations. We also see it in Asia,” Mr Shanmugam told reporters on the sidelines of a constituency event at Canberra Drive.

“I have been worried about it for some time but I think it is developing to a greater degree now.”

“Islamophobia is bad in itself. It is unacceptable. And it also increases the risk of violence both from terrorists who kill in the name of Islam, and from those who want to attack Muslims,” warned Mr Shanmugam, who is also Law Minister.

He noted that Islamophobia is a result of a deep misunderstanding of the true nature and teachings of Islam, adding that daily news reports of Islamic extremists and terror attacks have created a “very, very untrue” image of Islam across the world.

“There are of course Muslims who are extremists, those who are intolerant, they shout slogans, advocate violence, make absurd, ridiculous propositions about non-Muslims, women and so on.

“But really, they are a minority, very few and let’s be honest, you have such people in every religion,” said Mr Shanmugam. “And we should remember the vast majority of victims of the extremists are Muslims themselves. Innocent men, women, children.”

Singapore, on its part, must try its best to keep Islamophobia out of the country and promoted interfaith harmony, said the minister.

“I think so far we can look at the situation here, contrast it with everywhere else and say we have done reasonably well, but not to be complacent about it,” he added.

When asked about the United States’ decision to recognise Jerusalem as Israel’s capital, Mr Shanmugam did not want to comment on Washington’s move.

He noted, however, that Singapore has made its own position clear through its vote at the United Nations. Singapore voted in favour of a motion rejecting the US’ decision.

“We believe that both Israel and Palestinians have legitimate rights in Jerusalem and this is something that should be part of a negotiated two-state solution,” Mr Shanmugam told reporters.

He warned that the issue will be used by terrorists and people who are Islamophobic to radicalise and recruit more militants to carry out violence.

And as Singapore prepares to usher in the new year with celebrations across the island, Mr Shanmugam said that authorities are taking security very seriously, noting the country is on “high alert”.

Thousands of officers have been deployed, along with technology such as drones and CCTVs. “It’s an obvious target and we have to prepare,” said Mr Shanmugam.