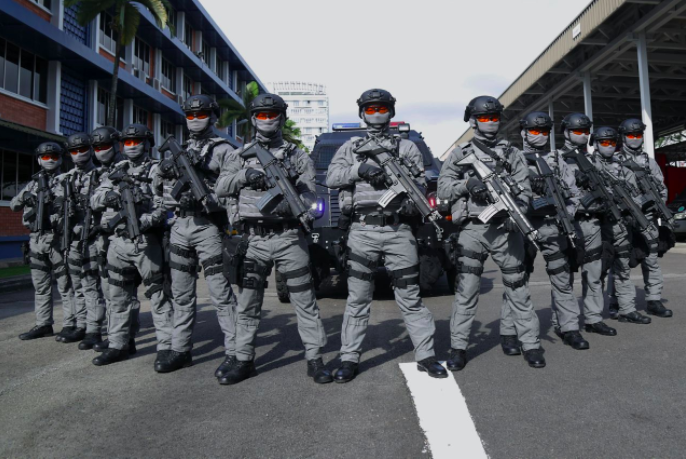 As thousands around Singapore ushered in 2018 at various countdown events on Sunday (31 December) night, some 2,450 police personnel were on duty to ensure the public’s safety.

Among the officers deployed at the Marina Bay Singapore Countdown 2018 as well as other events around the island were personnel from units such as the Special Tactics and Rescue Team, Gurkha Contingent and K-9 Unit.

Also deployed were new technologies such as unmanned aerial vehicles and CCTV cameras with speaker and light capabilities.