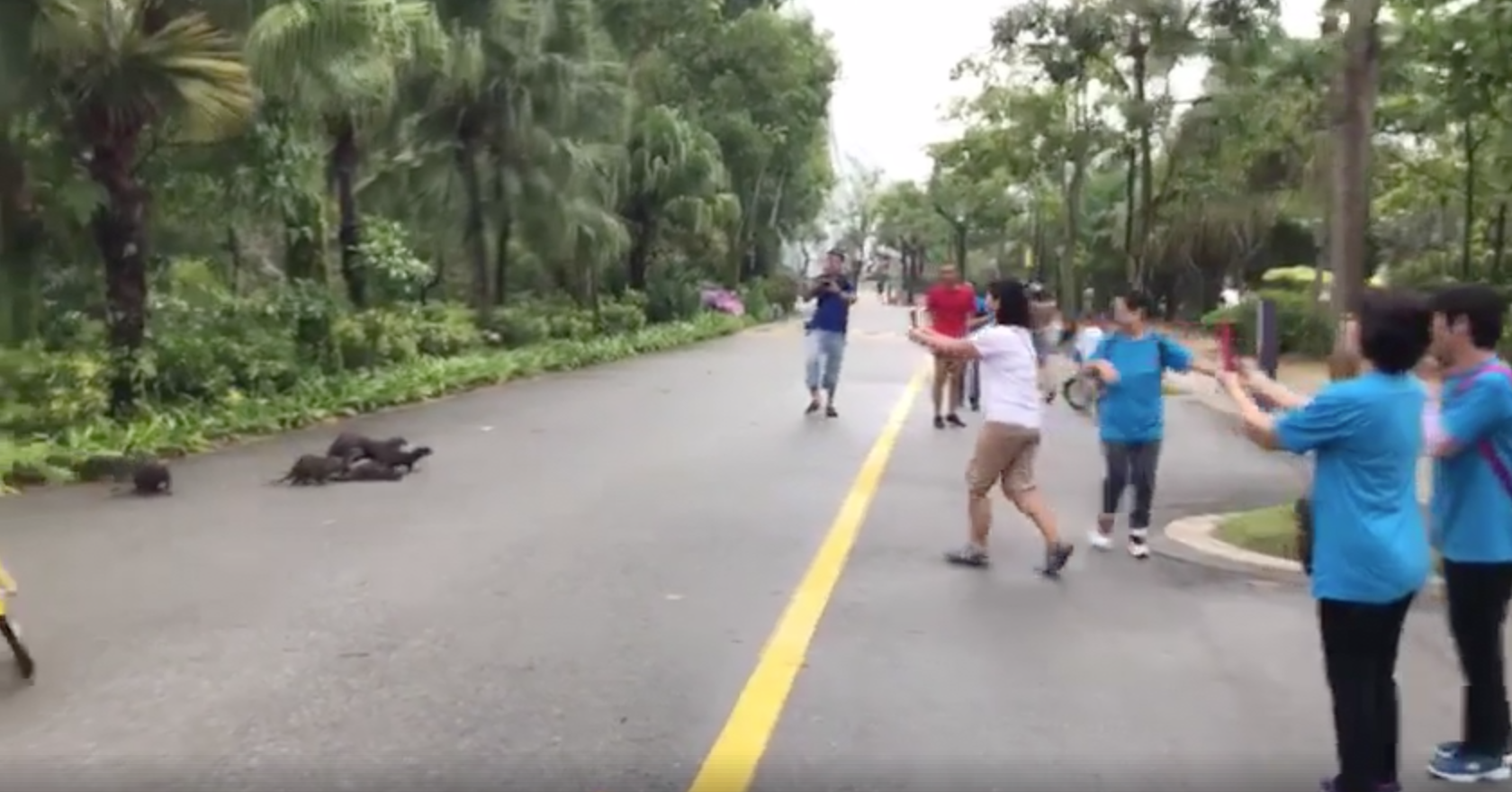 You probably have heard or read about the recent incident of an otter biting a 5-year-old French girl at Gardens by the Bay.

If not, here’s a quick recap.

A 5-year-old French girl named Tess was reported to have been bitten by an otter at Gardens by the Bay.

According to Channel NewsAsia, the girl’s father, Julien le Tourneur D’Ison, described the incident as “really unlucky” as the otters were likely acting in defence after being stressed by the surrounding crowd of people.

The family of five saw a “bunch of tourists really excited by a bunch of otters swimming back and forth” when nearing the bridge at Satay by the Bay before the incident happened.

“We saw a bunch of otters swimming towards us. We were about one metre away and an otter jumped out and bit my daughter’s foot.”

He also mentioned that “it was too many people massing around (the otters)” and “the otters must have been scared or nervous with so many people pulling out their cameras.”

Seeing the girl’s bleeding foot, several members of the public came to render help with a first aid kit from the nearby food court when the incident happened.

The girl was then reportedly sent to KK Women’s and Children’s Hospital and underwent a small surgery on her wounded foot.

Local anaesthesia was administered and doctors in the emergency room cleaned up her wound.

Fortunately, X-ray scans showed the otter’s teeth did not touch her bone.

Just look at the madness

A video from OtterWatch recorded in the vicinity at about 10am that same day shows a scene of visitors gathering around the otters.

This might give you an idea of what Le Tourneur described that probably stressed out and provoked the otters, especially the younger pups, to attack in defence.

You can watch it here:

In the video, you’ll notice the otters appear hesitant to run across the road after encountering such a huge crowd of towering humans on both sides.

Quite a number of people are standing way too close (about a metre away) to the otters, mostly in a bid to snap photos or record videos of them.

One adult otter eventually steps forward to lead the pack to scurry across quickly.

Even after the biting incident, it seems people still aren’t daunted from approaching the otters despite repeated warnings against doing so — this video, for instance, was taken on Sunday, 31 Dec.:

In response to the biting incident, the Animal Concerns and Research Education Society (ACRES) emphasised the importance of keeping a distance for both people and animals’ safety.

“For any wildlife including otters, it is important to learn wildlife etiquette and appreciate from a distance. Wild animals, just like us, will defend themselves and their family — particularly in this case, there were pups — if they feel threatened or cornered, and this has resulted in this unfortunate incident.”

Once again, what to do when you encounter otters

Here are , which we’ll reproduce for your reference — feel free to forward this article to your aunts and uncles on WhatsApp:

DO NOT touch, chase or corner the otters. Observe them from a distance. Going too close to the otters may frighten them.

DO NOT talk loudly and do not use flash photography. Noise and light may scare and provoke the otters.

DO NOT feed the otters. The otters have their own food in the environment and their natural eating habits keep the ecosystem healthy.

DO NOT litter or leave sharp objects in the water. Clean and safe waterways filled with fish and aquatic life make good habitats for the otters to frolic and feed in.

DO keep your dog on a tight leash. Your dog might chase the otters and frighten them.