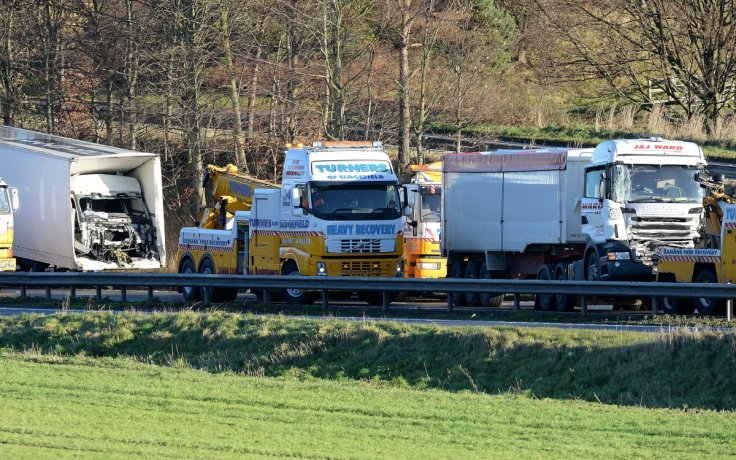 A wild boar caused an accident between two vehicles along the Pan Island Expressway (PIE) on Sunday evening in Singapore. However, there no reports of any injury to any human.

The accident took place just after the Bukit Timah Expressway (BKE) exit at around 5.50 pm.

Alex Loh, a Facebook user who was passing by the scene told Channel NewsAsia that the wild boar was struck by a lorry which was in turn hit by a car. The photos that were clicked by Loh showed a police car at the scene while the animal was lying on the road.