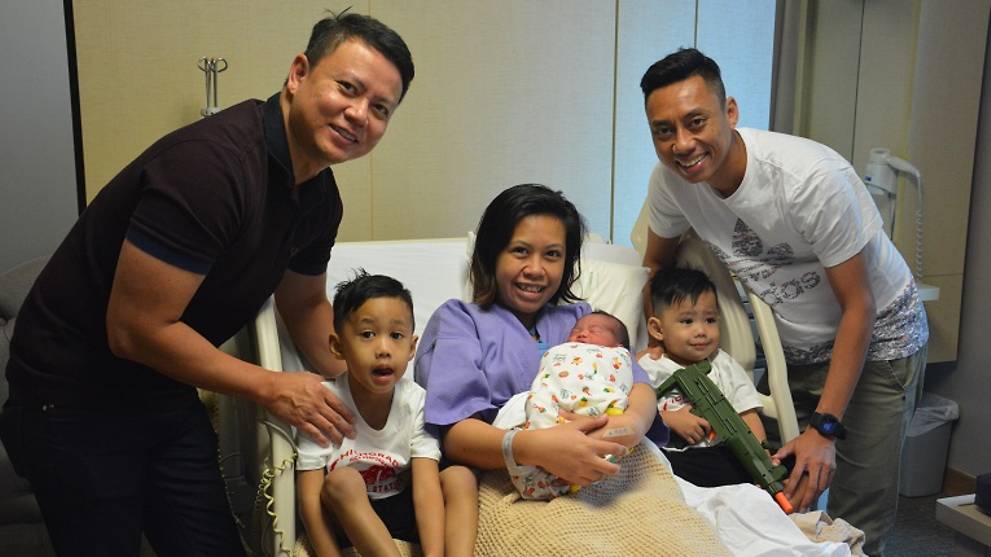 Singapore welcomes 4 babies at midnight in the New Year

SINGAPORE: Baby Nas Muhammad Niklas was due to be born in three weeks.

But the family's third child will now share the same birthday as his eldest brother after he was delivered at Raffles Hospital at the stroke of midnight on Monday (Jan 1).

Baby Niklas was one of four babies born in Singapore at the start of 2018.

Another boy was delivered at Thomson Medical Centre, and two girls were born at KK Women’s and Children’s Hospital and Mount Alvernia Hospital.

The family, who will be marking the occasion with a celebratory dinner, was awarded a Pigeon hamper by Raffles Hospital.

He told Channel NewsAsia that the delivery was "new and frantic" for both him and his wife, but he was happy that their son had arrived safe and sound.

“I'm quite happy with the way things turned out. So I just hope that the baby will continue to be healthy and that's what we want,” said Mr Koh.

Meanwhile at Mount Alvernia Hospital, baby Abbie Wong was delivered after 14 hours of labour by her mother.

Baby Abbie How and her parents Lionel How and Justin Zheng. (Photo: Mount Alvernia Hospital)

Abbie's parents Lionel How and Justin Zheng were at home on the morning of New Years' Eve when Justin started bleeding and having slight contractions.

"That’s when we decided to come to the hospital. Abbie’s estimated due date was Jan 14,” said Justin.

Meanwhile, Lionel said that they were "very lucky" to have Abbie arriving exactly at midnight as they knew natural birth would take some time.

Both parents have wished Abbie health, happiness and prosperity.

The fourth baby, a girl, was born at 12.08am at KK Women’s and Children’s Hospital by mother Mrs Ng Jit Wen.