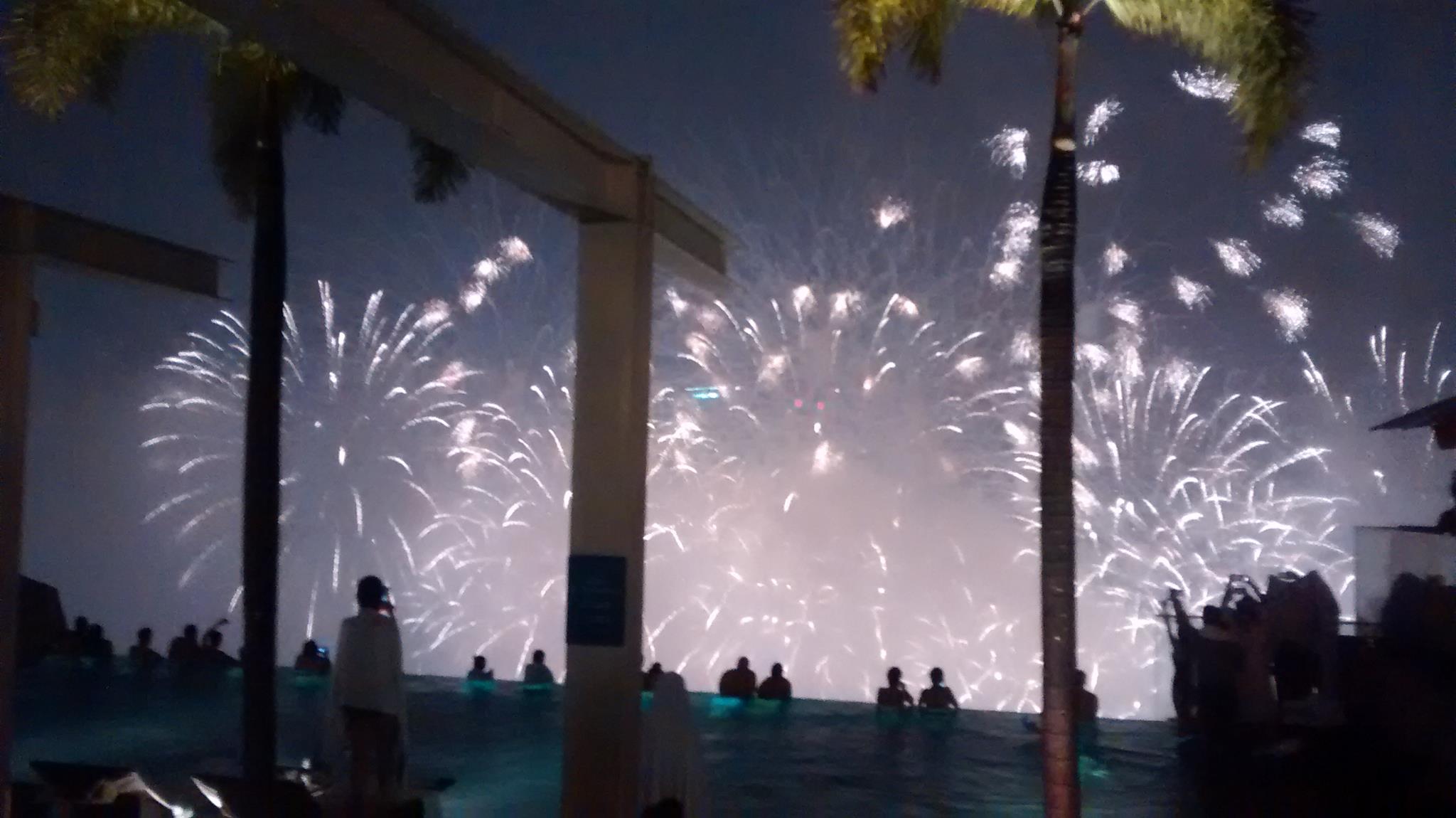 Whether you braved the rain and headed out to an outdoor countdown or stayed home because why head out in the rain and get drenched, last night’s new year festivities might have put a question in your mind —

And even if you slept through our crossing into the new year, you might have noticed from people’s photos that no, it doesn’t:

But just how do they work, and how do they explode merrily, noisily and with as much smoke and brightness even when the skies above are pouring?

We wondered about these things too, and looked into the science behind them for you.

Fireworks are actually a series of rapid and self-sustained . They’re also known as pyrotechnics, which comes from the Greek words pyro (fire) and tekhnikos (made by art).

These generally consist of five parts:

The stick that ensures it shoots up straight,

The fuse that ignites to activate the main part of a firework,

The charge that is the main part of the explosive,

The effect that determines how the firework displays look, and

The head which is the top part of the effect.

When ignited at the fuse area, the packed chemical compounds are activated and combust with the oxygen in the air, converting into other chemicals — these include exhaust gases like carbon dioxide, carbon monoxide, and nitrogen — in this exothermic (releasing energy: light or heat, for instance) process.

The chemical energy is released as light, heat, sound and movement — the colourful displays you see in the sky.

Fireworks can still be fired in the rain as long as the packed firework materials, especially the fuse, are not too wet to be ignited.

However, that the rain creates may affect how chio the firework displays can be. These include:

When the ground temperature is cooler than the temperature higher in the atmosphere, this creates a condition that traps the smoke that fireworks release — causing excessive smoke that reduces the visibility of the firework displays. You might have noticed this as well:

The colours of the fireworks are also made slightly duller in conditions of high humidity, because the air is more saturated.

So there you have it. Rain does affect overall visibility of fireworks, and perhaps makes them more smoky, but because they are inherently chemical reactions, they’ll go off just fine as long as the fuses setting them off aren’t too wet!