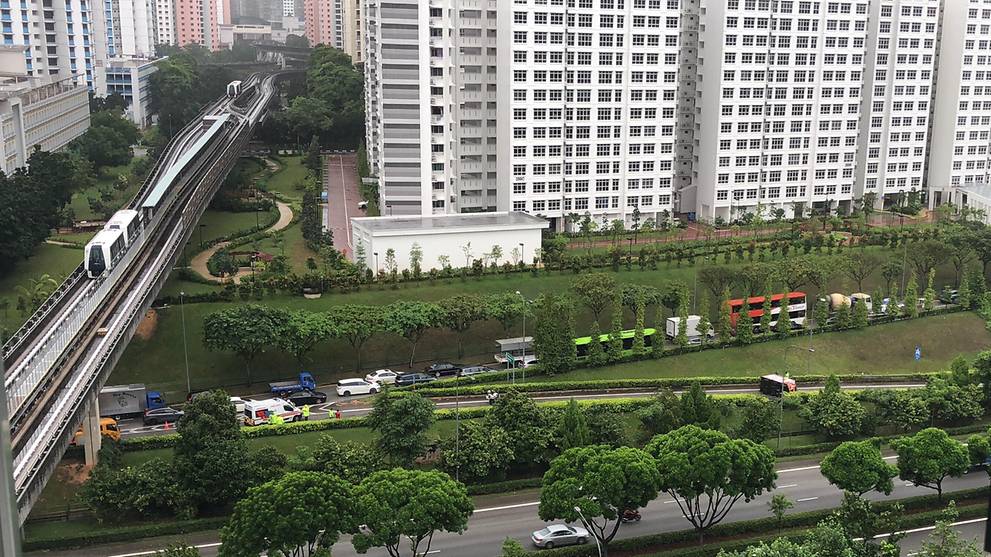 SINGAPORE: An accident on the Tampines Expressway (TPE) towards the Seletar Expressway (SLE) has caused the entrances at Punggol Road and Sengkang East Road to be closed off.

Police said they were alerted to at the accident along Seng Kang East road slip road at about 2.38pm on Tuesday (Jan 2)

The Land Transport Authority (LTA) first tweeted about the accident at around 2.49pm informing motorists of the road closure.

About half an hour later, LTA updated that the Punggol Road Entrance was closed off as well.

When paramedics arrived at the scene, the driver of the vehicle was not injured, the Singapore Civil Defence Force (SCDF) said.

Channel NewsAsia understands that the lorry skidded and toppled on its side. ​​​​​​​

Photos on social media show an overturned orange and white lorry on the road.

An overturned lorry was seen at the site of the accident. (Photo: Facebook/Levin Foo)