Predators who attack vulnerable women must be locked up for a long, long time, to keep the streets and housing estates safe. With that statement, Judicial Commissioner Tay Yong Kwang yesterday threw a man in jail for 25 years and ordered that he be given the maximum 24 strokes of the cane.

Christopher M.P. Nathan had posed as a cop and raped a mentally-slow woman twice. He also molested her and forced her to perform oral sex on him.

The JC told the 38-year-old rapist that he had committed dastardly acts against an innocent woman, whose fear and mental capabilities did not allow her to fight back or scream for help.

After raping her once, Nathan accosted her again, as she was making her way home. The labourer had accosted the unemployed woman outside a 7-Eleven store in Toa Payoh.

In his defence, he said he did not pose as a policeman but had shown the woman his Central Narcotics Bureau urine-reporting card to prove that he was "no police".

He also said the woman did not resist when he had sexual intercourse with her. 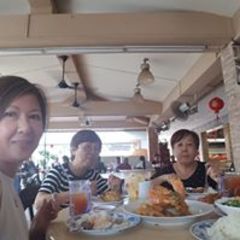 why so desparado to such acts on her twice;mus rub some chillies and vinegar slice a few lines on his private then he will feel shiok.

Glad tt he is given e maximum no of caning