Last seen personally challenging Britain’s Prince Harry to fight jihadists, a Singaporean member of the Islamic State (IS) in Syria has appeared in another propaganda video put out by the extremist group on Dec 29 last year.

This time, however, 39-year-old Megat Shahdan Abdul Samad was captured taking part in an execution, in which he and two other men shot three kneeling victims point blank.

The eight-minute-long clip has already been shared widely on social media, according to The Straits Times, with Shahdan appearing towards the end of the video. Going by his adopted moniker “Abu Uqayl”, the Singaporean spoke in English, commanding IS followers to “slay the enemies of Allah wherever you can find them”, before shooting a man.

This would be the first known video of a Singaporean citizen participating in an execution for IS, leading S. Rajaratnam School of International Studies (RSIS) senior analyst Jasminder Singh to believe that Shahdan might be in a leadership role, reported ST.

As was the case for Shahdan’s previous appearance in a prior propaganda video released in September last year, the Islamic Religious Council of Singapore (MUIS) issued a strong condemnation of the IS message, reported Channel NewsAsia. Calling the new video a “desperate attempt” for new recruits, MUIS maintained that their resolute stance against extremism remained as explicit as before.

“Such videos prey on the minds of the weak, or those who do not have proper religious guidance,” the religious body responded yesterday. “We must continue to stand together and stop the spread of ISIS’ dangerous propaganda.”

Before Shahdan left the country to work in the Middle East in 2014 — where he was believed to have been radicalized — he had been a secret society member with a history of drug and criminal convictions. The Ministry of Home Affairs (MHA) had been keeping tabs on his activities for quite some time, even before he first came to public knowledge.

As for the new clip that recently emerged, MHA informed ST that it had “no further updates”. 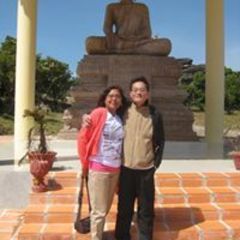 which ever race, nationality or religion, killing living beings, animals etc. they are beasts !!!