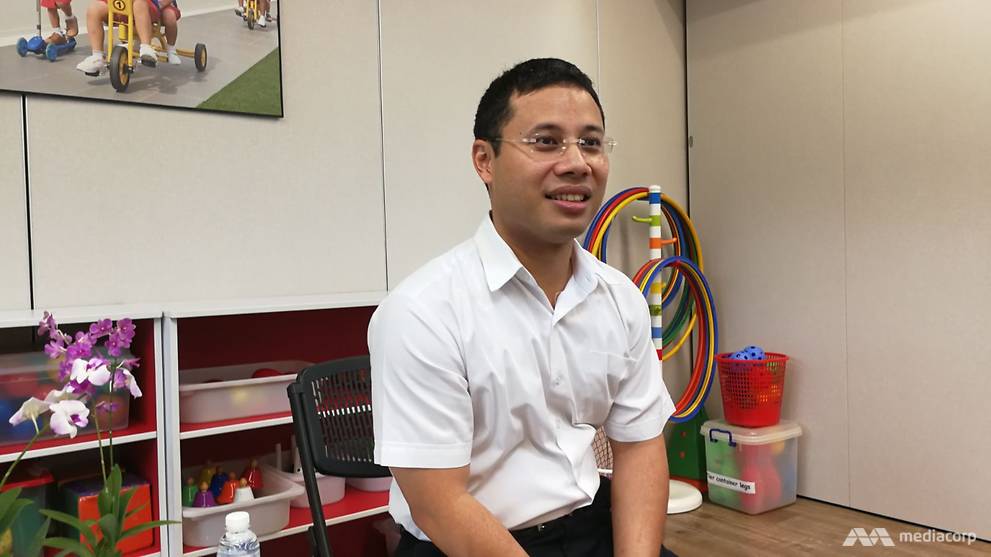 Committee to better support youth offenders to be set up: Desmond Lee

The committee on prevention, rehabilitation and recidivism to be set up in the next few months, will marshal all resources to give at-risk youths or youth offenders the best shot at life.

Minister for Social and Family Development Desmond Lee gave his first interview to the media three months after taking on the role. (Photo: Jalelah Abu Baker)

SINGAPORE: An inter-ministerial committee will be set up in the next few months to offer more help to youth offenders, Minister for Social and Family Development (MSF) Desmond Lee announced on Tuesday (Jan 2), as he laid out his key priorities for the ministry this year.

In his first interview with the media since helming the ministry on Sep 11 last year, Mr Lee said the aim of the committee on prevention, rehabilitation and recidivism, is to provide support for youths to reduce the rate of youth offending and reoffending.

The Government will also work closely with the National Committee on Youth Guidance and Rehabilitation and youth work organisations, he said.

“Every child, every young person in Singapore counts. We want to make sure that we marshal all the resources of the Government, and of the community, and of course families to make sure that they have the best shot in life even though they may have been youths at risk or youth offenders,” Mr Lee said.

Recidivism rates for those under the age of 21 who have gone through MSF's rehabilitation programmes and discharged fell from 13.8 per cent in 2010 to 10.7 per cent in 2012.

“Youth offending rates are coming down, but they still are higher than we like it to be. I think the way forward is better coordination and integration so that (we can) do more preventive work upstream when youth offenders are in the system,” he added.

This involves intervening with a more rehabilitative stance and better "wrap-around" support from Voluntary Welfare Organisations (VWOs), the community and other government agencies for those who have completed their probation or sentence.

Mr Lee said that there are cases of young people receiving interventions because they were youth at risk or become youth offenders, but who go out and mix with bad company again.

“They then get into trouble again and their life trajectory gets completely derailed. You ask any advisor, any backbencher MP, and they will be able to tell you these cases," he said.

“They will need MSF and its partner agencies, and FSCs (Family Services Centres), and VWOs to provide that scaffolding, to provide that support more holistically, to them, to their families,” he said.

He also spoke about early childhood education which he sees as a tool for social mobility.

Mr Lee said that early childhood education provides opportunities especially to children from lower income households, giving an example of a “complex” family he met in his ward. The mother of two boys, born to different fathers, was in the Drug Rehabilitation Centre.

When Mr Lee first met the boys, they were not enrolled in a pre-school although they were of age and they could not speak or write.

“So we intervened, put the children in one of our centres, we got all the grants needed. They had to pay S$3. Even that was taken care of, and it made a lot of difference to the two boys,” Mr Lee said, adding that they were confident and can speak and write now.

There will also be an emphasis on outdoor adventure learning in pre-schools.

Mr Lee said getting kids outdoors and spending more time with nature is good for pre-school children's holistic development. He cited the example of PCF Sparkletots@Marsiling, which has plenty of greenery and outdoor spaces, which adds to the quality of learning there.

“You want them to be able to go out to the outdoors to develop self-reliance, to be resilient, to pick up values, to care for each other, to look out for each other in the play area, to interact with nature, to care for the environment. he said.

All pre-schools now have to set aside at least one hour a day for physical activities starting this school year. This is up from 30 minutes previously.

“We will continue to see how we can further strengthen that opportunity, whether it is leveraging on age-appropriate playgrounds; creating spaces within childcare centres, early childhood centres; or working in parks and open areas. These are the things that we will look at in the course of this year,” he said.

Mr Lee also spoke about how his ministry is working to better integrate and coordinate the provision of social services.

“You can have very good policies that are well-integrated, well-coordinated, but you recognise that Singaporeans’ experience of government policies is on the ground.

"Closer coordination and integration in the provision of social services and the implementation of policies is an opportunity that we must seize,” he said.

He pointed to the proposed Public Sector Governance Bill as one of the mechanisms that will allow and foster this greater integration among public sector agencies that will, in turn, allow the public sector to integrate more closely with the private sector to better support Singaporeans.

“In the course of this year and in the next few years, we will look for opportunities to strengthen coordination between our Social Service Offices, our FSCs, our ground agencies, our VWOs, both funded and unfunded services, and government agencies like HDB branch services, to better manage and solve problems for people who are of lower income or who are in crisis,"Mr Lee said.

Are we going to see more teen rapist in this programme? Haha