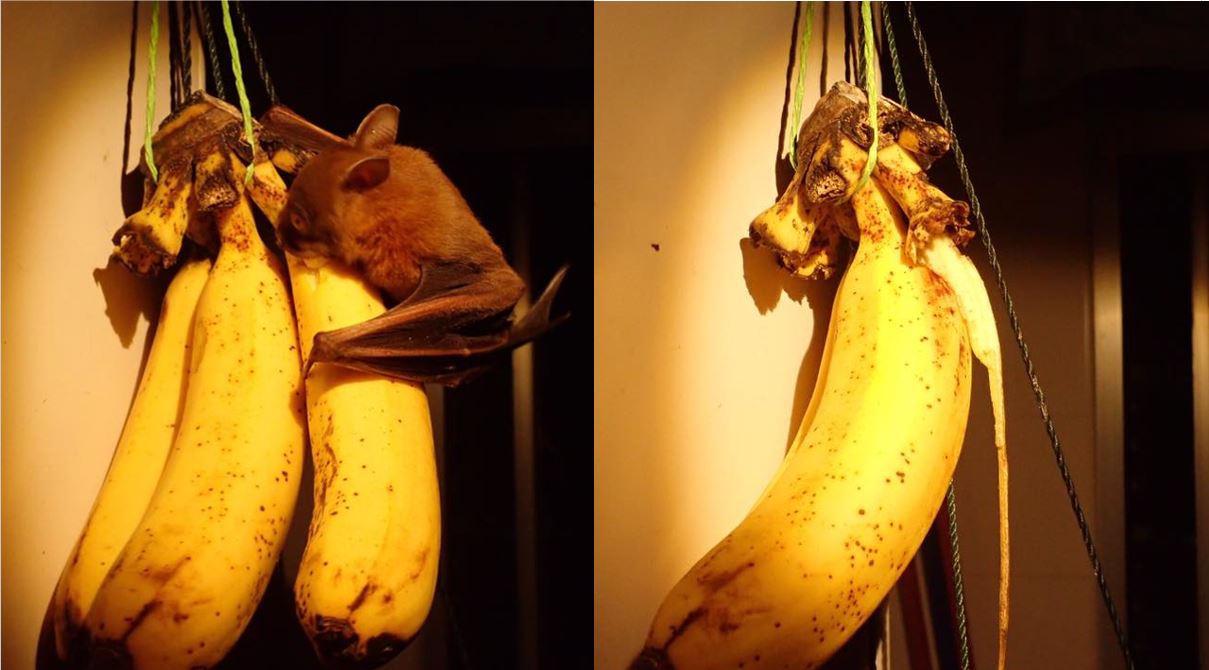 Brice Li lives on the 11th storey of a flat near Bishan Park.

For the past year or so, he has been confronted with a mystery — the fruits in his home kitchen (such as bananas) were constantly disappearing.

Thinking it might be insects or birds since his windows have no grills and are left open at night, Li set up his camera one night to find out.

Lo and behold, a furry friend

To Li’s surprise, his intruder was a brown fruit bat.

It’s not clear this bat was responsible for all the other times he found his fruits eaten or missing, but Li suspects it’s likely this little guy’s a repeat offender.

In his Facebook post, he shared some pictures of the bat gnawing and tearing away at the bananas:

When it had had its fill, the bat made off, leaving behind whatever was left of the bunch:

Many said the bat was cute:

And one cracked a punny joke:

Some of the commenters also shared their personal experiences with bats.

One pointed out that there might be a colony of bats in the vicinity:

Another shared that a bat had once found its way into his living room:

Singapore is home to a diverse species of bats and they roost in both natural and man-made habitats. As such, bats flying into homes is a

The bat that wandered into Li’s home is the lesser dog-faced fruit bat, identified by its pale ear edges, long muzzle and white wing bones.

True to its name as a fruit bat, it feeds on small fruits and nectar.

It is also one of the common species that can be found in housing estates along with the insectivorous whiskered bat.

But yay for harmonious human-animal living!

Ewe, i wld hv frightened to death. Scared of bats.