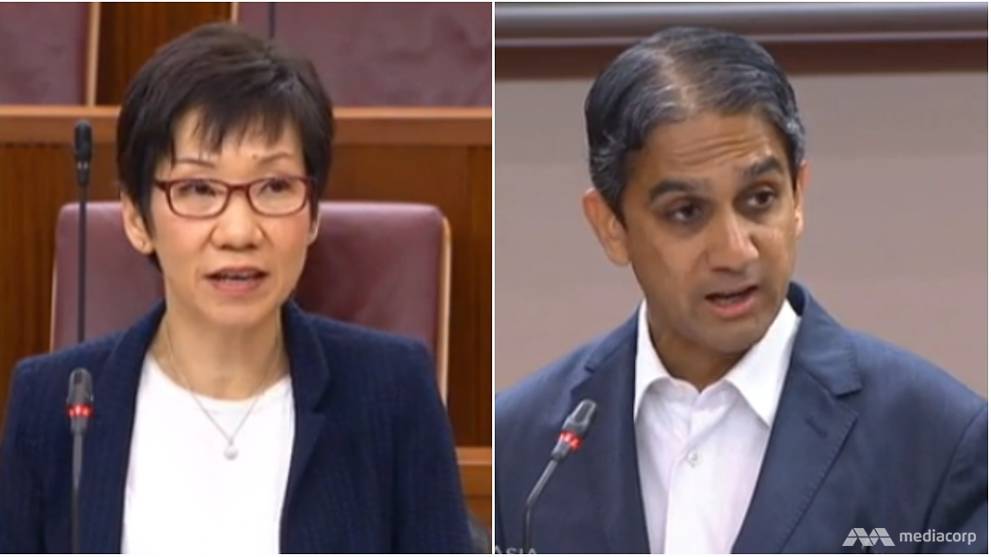 Leader of the House Grace Fu and Non-Constituency Member of Parliament Leon Perera.

SINGAPORE: Leader of the House Grace Fu has written to the Workers' Party's Leon Perera, requesting that he apologise in Parliament for misrepresenting facts and misleading members of the House.

At issue is Mr Perera's suggestion in November 2017 that Mediacorp had put up video of a Parliamentary debate with "certain bits removed", and that the broadcaster made a rectification only after he communicated with them.

The video in question was a clip of an exchange during the Presidential Elections Act debate in February that year.

In Parliament in November, Mr Perera said: "I do know from past experience that at times, they are edited and are not archived and made available verbatim."

However, Senior Minister of State for Communications and Information Chee Hong Tat pointed out that Mediacorp had in fact rectified the clip and put the full exchange online on Feb 18, two days before Mr Perera had emailed the company.

Ms Fu's letter is reproduced below: