Leadership succession is a hot topic in 2018.

Emeritus Senior Minister Goh Chok Tong’s rare intervention on this issue at the end of December 2017 raised some eyebrows.

What prompted him to publicly give a six- to nine-month timeline for the fourth-generation leaders to settle what he described as an “urgent challenge” is anyone’s guess, but it’s an issue that certainly needs to be taken seriously.

In another development rarely seen in Singapore politics, the 4G leaders collectively issued a statement on Jan. 4, 2018, indicating that they are “conscious of their responsibility”.

“Political stability has been the hallmark of Singapore and smooth leadership succession has instilled confidence amongst Singaporeans and our friends around the world.

The younger Ministers are keenly aware that leadership succession is a pressing issue and that PM Lee intends to step down after the next General Elections. We are conscious of our responsibility, are working closely together as a team, and will settle on a leader from amongst us in good time.”

The statement in response to media queries was signed by 16 ministers and political officer-holders, effectively telling Singaporeans who will form the core of the future leadership lineup that will lead Singapore into the next generation.

Here’s what we observed from this latest development and a Straits Times interview published on the same day.

1.  Ong Ye Kung rules himself out of the race

In published on Jan. 4, one of the front-runners for the top job Education Minister (Higher Education and Skills) Ong Ye Kung, 48, revealed that he already has someone in mind and said it is not himself.

“I am shaping up in my mind someone who can be the leader amongst us. I am sure my colleagues are thinking of the same issue too.”

He did not name his choice for the next PM, though he shared his considerations when making his decision.

Besides himself, the other two ministers who are widely seen as PM contenders are Finance Minister Heng Swee Keat, 56 and Minister in the Prime Minister’s Office Chan Chun Sing, 48.

Ong said he had taken into account his personal comfort with the person, the person’s conviction and ability to drive long-term, important policy, as well as public and party support for the person.

His answer to ST may be a sign of him ruling himself out of the race after careful assessment.

By signaling his support for an unnamed candidate, which we know is most probably either Heng or Chan, it is also an open expression of his desire to be a team player.

2. Five political office-holders may be in line for a promotion in the next Cabinet reshuffle

Among the 16 Cabinet ministers and political officer-holders who signed the joint statement, 10 are full ministers and five senior ministers of state. (The remaining one is Parliament Speaker Tan Chuan-Jin)

Ahead of the Cabinet reshuffle, which will likely see a few older ministers make way for younger blood in a few months’ time, it’s fair to expect a couple of promotions who are one step away from becoming a minister.

And these folks are:

This is how PM Lee Hsien Loong appraises ministers

3. The curious case of Tan Chuan-Jin

When PM Lee Hsien Loong announced his appointment of Tan Chuan-Jin as the next Speaker of Parliament last year, he mentioned in his Facebook post that Tan “remains an important member of my team, though in a different role.”

His name appearing among the list of 4G leaders is a clear sign that he will be staying on in politics beyond the current leadership, despite having to leave the Cabinet and dropping out of the race to become the next PM.

It is not exactly clear at this point what role he will play in the 4G leadership.

As the Speaker of Parliament, he will not participate directly in government policy-making, but as a high-profile personality and active social media user, he may be able to help Singaporeans understand and appreciate better the workings of parliament. 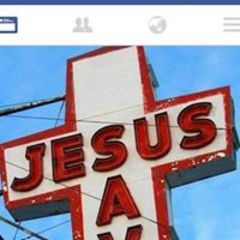 Not one of capable of leading Singapore and hope WP party were come into power next GE....including Dr TCB.....

agree only if they are for the BORN SINGAPOREAN only. the acquired, civil servants and grassroot workers etc we know are LACKNIES of PAP unless they change .

this is a real comedy show. in the end GREED will be the deciding one. pls carry on monkey see monkey do.