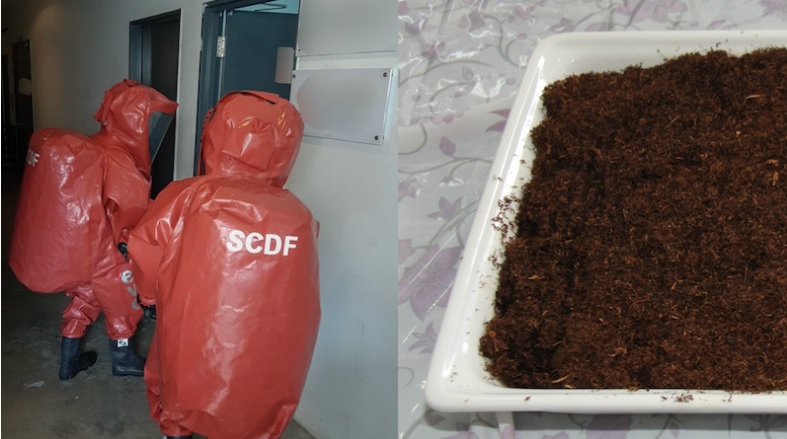 Last December, a police raid on an illegal drug manufacturing lab in Yishun resulted in the arrest of two men and the seizure of 2.6kg of synthetic cannabis (alongside 500g of an unknown powdery substance).

It is believed to be the first suspected case of drug manufacturing in Singapore in years, The Straits Times noted. A Central Narcotics Bureau spokesman told the publication that Singapore’s “zero-tolerance stance on drugs and our vigorous enforcement actions served as an effective deterrent in keeping such nefarious activities out” of the country, adding that there have been no similar cases here in “recent years”.

According to ST, a visit to the industrial unit where the raid was conducted revealed just a sign on the door suggesting that the space housed a ship supplies firm. Neighbors that the paper spoke to appeared to be unaware of any illegal activities, as their interactions with the employees were kept to a minimum.

As for the management of the building on Yishun Industrial Street 1, they declined to comment.

Synthetic cannabis is classified as a new psychoactive substance and is a Class A controlled drug. According to Dr. Edmund Tian, domain lead of chemistry testing at Temasek Polytechnic’s School of Applied Science, the quality of these drugs may not be up to proper pharmaceutical standards.

Dr Too Heng Phon, an associate professor at the National University of Singapore’s biochemistry department, also told ST that synthetic cannabis could “contain other highly toxic substances with its chemical make-up varying from batch to batch”.

If convicted of the unauthorized manufacturing of a Class A controlled drug, the men — aged 40 and 45 — could face at least 10 years in jail and five strokes of the cane.