Jailed: Woman who pocketed $27k from a lost wallet and tried to bite a cop’s hand during arrest

A woman who dishonestly misappropriated a total of S$26,822 (US$20,166) and even attempted to bite the hand of a police officer during her arrest was sentenced to 14 weeks in jail yesterday.

Little did she know that a CCTV camera at Seafood Garden Coffeeshop captured her every move.

After that, Koh mailed the wallet and its leftover contents — which included an identity card, casino membership, and multiple ATM and credit cards — back to 54-year-old Lim Teck Hong.

Unfortunately for her, when she tried to cash the United Overseas Bank cheque four days later on Jan 9 last year, she was unable to, and Lim had told the bank not to accept it.

The police eventually traced the crime back to Koh on Jan 10, but she initially claimed she had not found anything when they contacted her on her mobile. She subsequently switched off her phone.

The following day, officers showed up at her workplace to interview her, and that was when she cracked and confessed after the initial denials, ST noted. On Jan 12, Koh surrendered the cash to the police.

The court heard that Koh had also tried to hurt Station Inspector (SI) Jerald Chua Boon Yao on May 16, when she had gone to the Kim Seng Neighbourhood Police Post (NPP) for more questioning.

During the session, Koh demanded a restroom break, but SI Chua said she had to wait for a female officer to accompany her. As the conversation continued, she managed to free her right hand out of the handcuffs and resisted being handcuffed again by SI Chua. She then attempted to bite his right hand.

According to ST, Koh’s lawyer explained in mitigation that she had a history of psychiatric problems, as well as an aversion to men after experiencing abuse by her father. She also suffers from chronic depression.

The court permitted her to straighten out her personal affairs before starting her jail sentence on Jan 31. 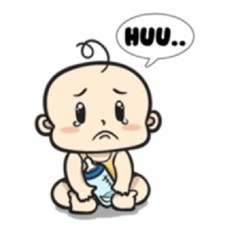 Her stupidity and greed led to her instant downfall..😮🍼