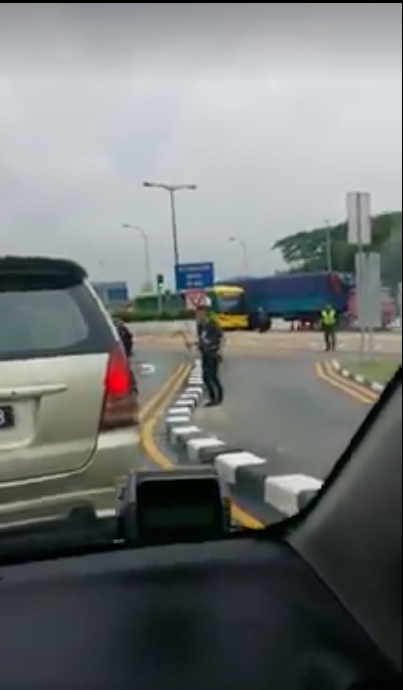 Armed man at Woodlands Checkpoint arrested after stand-off with police

A stand-off between police and an armed man at Woodlands Checkpoint has been resolved, with the man arrested on Friday afternoon (5 January).

Social media clips showed the man holding what appeared to be a sharp object, while an officer approached him. It was unclear what weapon the man was holding.

In response to queries from Yahoo News Singapore, police said they were alerted at 1.32pm to a case where a woman was relieved of her car at knifepoint along Upper Bukit Timah Road.

A 43-year-old man was subsequently arrested after he crashed the car into a lamp post, just before the Woodlands Checkpoint at 1.45 p.m. The man was suspected to be under the influence of drugs.