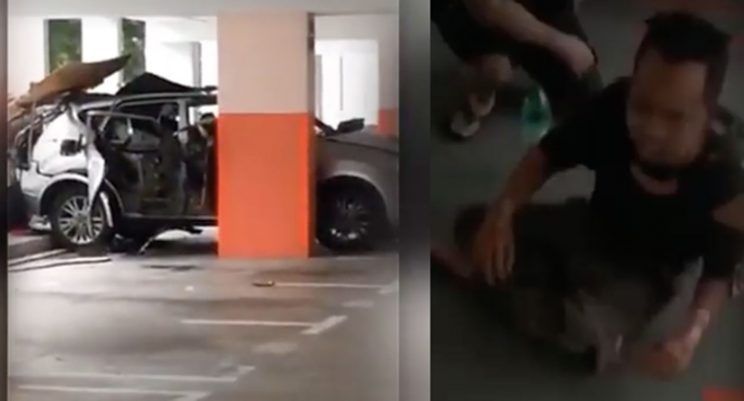 A former Grab driver who caused a car to explode in a bid to end his life due to a failed relationship and financial woes was jailed 15 months on Friday (5 January).

Dwight T. Soriano, 32, earlier pleaded guilty on December 21 in the State Courts to two counts of committing a rash act involving combustible material that endangered human life, one of mischief by fire and four unrelated cheating offences. Twelve other similar charges were taken into consideration for his sentencing.

In sentencing, District Judge Jasvender Kaur called Soriano’s actions a “potentially dangerous act” spurred on by “emotional instability” and a “foolish attempt” to seek the attention of his former girlfriend.