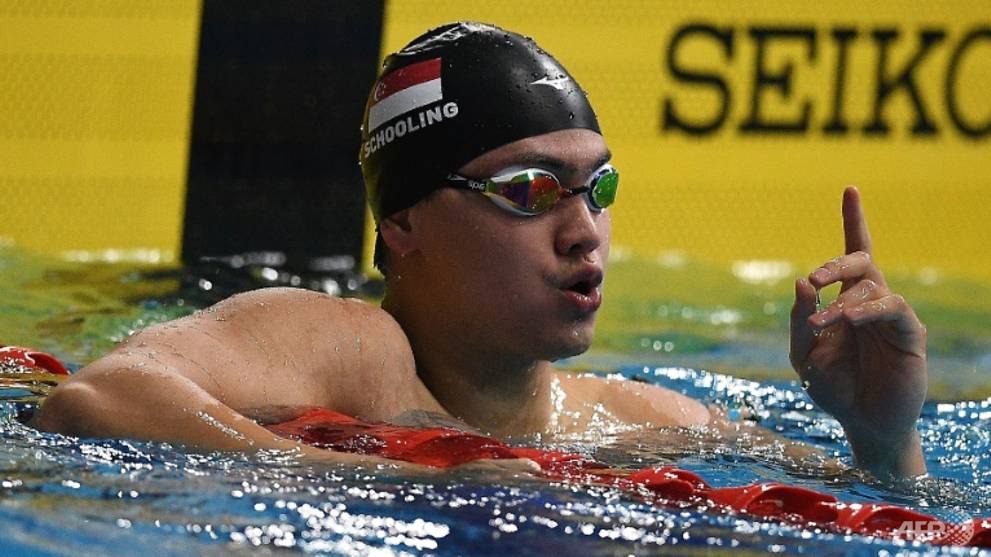 Commentary: Are Singapore’s efforts to be a sporting nation half-hearted?

We either go full-steam ahead or not at all in our bid to support high-performance national athletes, says Channel NewsAsia's Bharati Jagdish.

SINGAPORE: On paper, it would seem Singapore has made great strides towards becoming a sporting nation.

Sports funding has increased over the years. Today, we have a Sports School and a Sports Hub. There’s even a road map for “using sport as a strategy for Singaporeans to have a healthier and better life through the impactful experience of Sport” in the form of Vision 2030.

In the last few years, the Physical Education syllabus in schools has also been boosted.

Swimmer, Joseph Schooling’s gold medal win at the 2016 Olympics rallied the nation and is much lauded even today.

However, amid these achievements, there lie several 'buts'.

While a focus on mass participation is positive in order to encourage healthier lifestyles and perhaps even to catalyse participation in competitive sports, focus seems to be lacking at the high-performance level.

Sports funding may have increased over the years, but local athletes often say it’s insufficient.

Just this year, the Government announced enhancements in the form of an injection of S$50 million over five years into the High Performance Sports system and a new One Team Singapore matching grant.

But still, some athletes have taken to crowdfunding to support their needs, giving rise to questions from members of the public about the sufficiency of Government funding.

In a recent edition of “On the Record”, CEO of Sport Singapore, Lim Teck Yin, sought to allay these concerns.

He, in fact, said that athletes are getting much more than they let on.

“A vocal few fail to acknowledge what is already being given. Very often, I wonder if I should come out on social media and declare the amount of money they are actually getting from Government.”

When I asked why he doesn’t for the sake of transparency, he said, "I’d rather not because I think we position these athletes as role models and they are. I do understand what they perceive their struggles to be. I understand they perceive that a lot more can be done and to their credit, they are standing up to take action."

Lim pointed out that beyond funding in the form of cash, there are many other ways in which Singapore athletes are supported.

“There’s medical support and support in terms of sports science. Sports science has physiology, nutrition, psychology, strengthening and conditioning and even facility support. And all this is free for the athletes.”

In spite of this, many promising athletes have told me that if they didn’t hold down full-time jobs, it would be impossible to pursue their sporting dreams.

Joseph Schooling had the financial support of his parents who made numerous sacrifices.

Not many families would have the means in spite of personal sacrifices.

Lim assured me that the system for spotting athletes at a younger age and investing in them has improved.

But even the current system has its limitations.

“At what stage should we intervene with more money? How much flexibility would we have to make bets and how much latitude do we want to give ourselves for failed bets as opposed to having much stronger success rates? This is a continuing conversation to have.”

As an affluent nation that claims to be serious about being a sporting nation too, surely more latitude can be exercised even if it means intervening later with more money. More transparency on funding would also help citizens develop more informed views on such issues.

Lim, however, firmly believes that the Government should not be solely responsible for funding.

“The meaningfulness of the achievement of our national athletes will be enhanced only when the village gets behind them in substantive ways. When there’s an over-reliance on one party to do everything, the value of bringing people together is lost. We need to build something great together.

He is not wrong. Corporates need to get behind this effort too.

How far does the current state of affairs go towards inspiring confidence in potential athletes and their parents that a sporting career need not be a tremendous struggle and that it can be viable?

As an example, the sorry state of Singapore football exacerbates the situation.

As the new Football Association of Singapore Council takes steps to heal local football, many Singaporeans express scepticism, with some saying the sport is a lost cause here and no more time or money should be invested in it.

The public has witnessed years of poor performance so those who make these remarks can’t be blamed for feeling some measure of disillusionment.

A Channel NewsAsia report last year found that average squad members in the S.League earn less than S$3,000 a month, while players who regularly feature in the national team can pull in S$5,000 to S$8,000.

Many feel this is discouraging considering the high cost of living in Singapore.

Whether more public funding can be given is a discussion we all have to contribute to. Most would agree that serious and committed athletes deserve funding.

Others say if athletes have to struggle with money, wouldn’t it discourage them from being committed?

ARE WE TOO PRAGMATIC?

We also need to consider what sporting excellence means to us.

Are many of us unwilling to take risks or apathetic because for many years of our country’s growth, we were conditioned to focus on academics?

The dictum for many years was and in some quarters continues to be: Study hard, get into a good school, get a stable job or make lots of money as an entrepreneur. Sports is leisure, nothing more.

In 2015, President of the Singapore Sailing Federation and then Nominated Member of Parliament, Dr Benedict Tan said: “We are goal oriented and we monitor closely our key performance indicators (KPIs). We pay close attention to what is tangible and measureable, i.e. medals and grades.”

Are we being too pragmatic? If our children don’t show prodigious talent, shouldn’t we encourage them to at least explore it, instead of pouring water on their ambitions.

Even while we feel this way, we clearly recognise the value of sports.

The jubilation surrounding Schooling’s Olympic gold was evidence of this.

We were inspired. We waxed lyrical about the value of sports in instilling discipline, determination and in bringing a nation together and making us proud.

Joseph Schooling stands with his family as he receives a standing ovation in Parliament.

Lim said: “Everything we do must have meaning to Singaporeans. If an Olympic gold medal does not make sense to the majority of Singaporeans, we will not pursue it.”

Many of us agree that it’s meaningful, but agreement is not enough.

Some experts have suggested it’s not at all about money or the viability of a sporting career. Rather it is the issue of facilities.

In some countries kids play football and other games on the streets. It is ingrained in them from a young age. In Singapore, you often have to make prior arrangements to use facilities.

Countries such as Iceland also have more facilities for sports like football than we do on a per capita basis. We have space constraints to consider.

Some experts feel if all this were in place, more people would participate in community and competitive sports and the money will come.

OUR ATTITUDES TOWARDS SPORTS

In 2016, a hue and cry by residents living near the Home United Youth Football Academy in Mattar Road also led to a debate about our attitudes towards sports.

The residents had complained about the noise generated by youth training activities at the academy.

Some had said this was reflective of a culture that discourages sporting activities.

But when we almost missed the chance to watch Joseph Schooling win his gold medal “live” during the Rio Olympics because of broadcast rights issues, the public was livid.

Another contentious issue that gets the public talking is the Foreign Sports Talent Scheme even though foreign talent make up a very small percentage of sportspeople here.

To date, we have five Olympic medals – three of which were won by foreign-born athletes.

The fact that such debates are generated shows that sports still means something to many of us.

Structures like the Sports Hub may attract international sports events and enable Singaporeans to be inspired by world-class athletes on our shores, but clearly much more is needed to help us prioritise sports.

We see initiatives to boost community sports, outdoor education, competitive sports, but all this needs to be woven into a tapestry that makes us a truly sporting nation that must also make sense to citizens.

More corporates need to have faith in our sportspeople. Don’t just wait for an athlete to win a medal before putting money into his or her development.

Poor leadership in sports associations needs to be addressed more quickly and decisively.

Citizens must demand more from the country’s investment in sports and exact public pressure on sports associations and organisations to ensure every dollar is used effectively.

We can also do our part in terms of exposing, encouraging and supporting our athletes and our own children who have the desire and the potential to succeed.

This requires whole-hearted effort. Let’s either go full-steam ahead or not at all.

The govt doesn't care, only when people, like JS have done something incredible, then only they will come out to support the athletes.