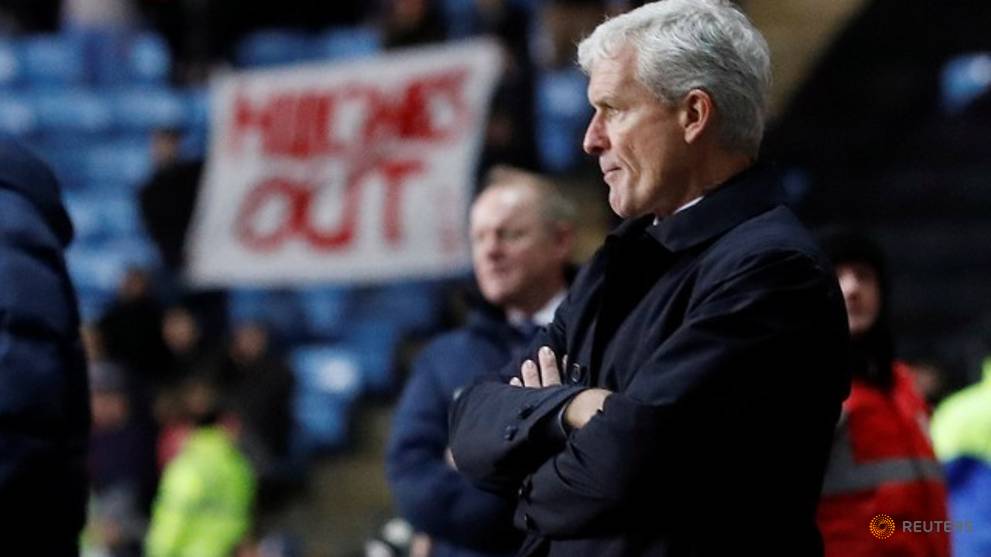 Pressure builds on Hughes as Stoke crash out of Cup

Stoke City manager Mark Hughes came under even more pressure as his Premier League side were beaten 2-1 in the FA Cup third round by League Two (fourth-tier) Coventry City on Saturday.

REUTERS: Stoke City manager Mark Hughes came under even more pressure as his Premier League side were beaten 2-1 in the FA Cup third round by League Two (fourth-tier) Coventry City on Saturday.

Many Stoke fans have been demanding a change after their team dropped into the relegation places, losing seven of their last 10 league games.

Now a change may prove hard to resist, supportive as the board have been so far.

Hughes, an FA Cup winner with Manchester United and Chelsea as a player, was appointed in May 2013. Stoke finished ninth in each of his first three seasons but dropped to 13th last term.

Coventry, who are back in the fourth tier for the first time since 1959, took the lead through Jordan Willis after 24 minutes but he conceded a penalty in the second half that allowed Charlie Adam to equalise.

In the 68th minute, however, full back Jack Grimmer beat Stoke's England goalkeeper Jack Butland to get the winner.

Hughes, who made four changes, sent on all three substitutes but Coventry - who famously lifted the Cup in 1987 - held out despite coming under late pressure.

"Credit to Coventry," he said. "They deserved the win for defending manfully and putting bodies on the line.

"We're all under pressure. I can take the pressure and the focus. I'm not naive and I realise people will talk about my position.

"But we've got good owners who will make the right decisions for the club."

Coventry manager Mark Robins, who once scored a famous FA Cup third round goal for Manchester United that supposedly saved Alex Ferguson's job, was thrilled with his team.

"We could have been 3-0 up in the first half," he told reporters. "They put pressure on us in the second half and were able to bring on a wealth of experience from their bench.

"But then we got the second (goal) on the counter."