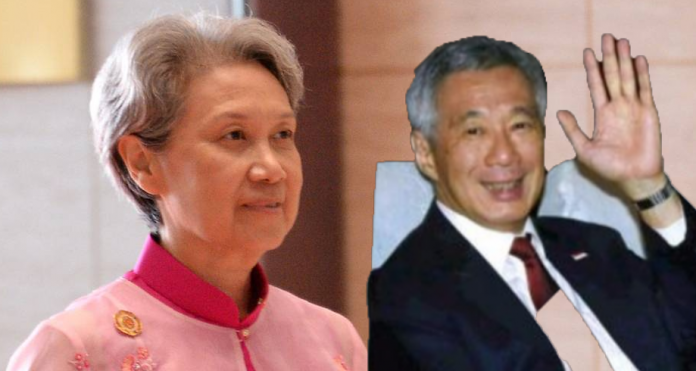 Lee Hsien Loong became Prime Minister in 2004. The same year, Ho Ching became CEO of Temasek Holdings. So this year, Singapore’s power couple celebrate their 14th anniversary as the most powerful man and most powerful woman.

After 14 long years, it seems nothing has changed. They are both snug in their positions, with no sign that either is going away anytime soon.

Even Goh Chok Tong has seemingly grown impatient, setting a New Year’s deadline for PM Lee to designate the next PM within six to nine months, calling it an “urgent challenge.”

Will PM Lee heed the call of Goh Chok Tong? Or will he simply delay it to a time of his own choosing?

How could her salary be a closely guarded secret?🤔🤔🤔. Her total remuneration should have been clearly stated in the balance sheet 😡

Reduce his paycheck by 80% and he will be motivated to leave!!

decided on in the last election. Shd not wait for EM Goh to call for it.

For almost 10 years still cannot find a CEO for temasek holdings. Definitely bluffing the people. As for such cession planning for pm, it shd hv been