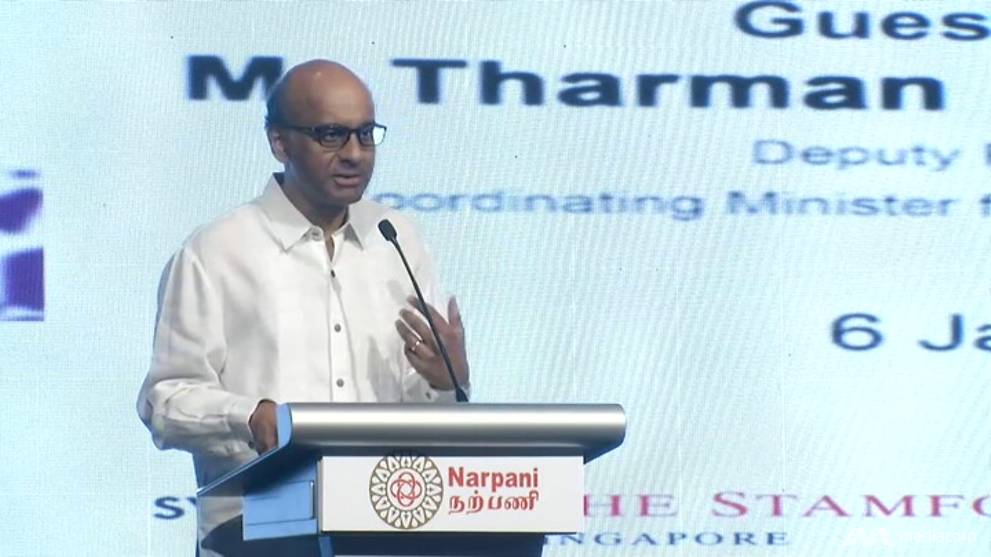 “As the new generations grow up, there's also, inevitably, a diminishing sense of our history and our heritage as Singaporeans,” said Mr Tharman at a gala dinner celebrating the 40th anniversary of the People’s Association Indian Activity Executive Committees (IAECs).

One way of strengthening societal cohesion is by doing more to maintain social mobility in different segments of society.

For example, by “helping families whose children start off with a disadvantage, doing more to help those families who have not been able to keep up with changes in our economy and doing more to ensure that the elderly have friends in the neighbourhood and are never left without care,” Mr Tharman said.

“We must actively network and partner with other agencies and organisations to help the Indian community fully participate in new opportunities, today and for the future,” he added.

Mr Tharman, who is also Coordinating Minister for Economic and Social Policies, noted that Indian Singaporeans are more active volunteers, with four out of 10 volunteering their time and effort over the past year, compared to the national average of 35 per cent.

This figure is also “significantly higher” than a decade ago, when it stood at 25 per cent.

“What all this shows is an Indian community that is seeking to keep its culture alive, and is also engaged in community service and public life, as an outward-oriented community,” said Mr Tharman.

Belief in multiracialism and meritocracy as the basis of Singaporean identity is also why Indians actively engage in public life, and want to contribute both within the Indian community and to Singapore, he added.

First set up as the Indian Cultural Group in 1977, the IAECs aimed to promote racial harmony between Indians and other communities. As of last November, there were 97 IAECs with close to 2,000 volunteers.

A book chronicling their history and milestones was also launched during the event, which was attended by around 1,000 participants including grassroots leaders and partners.