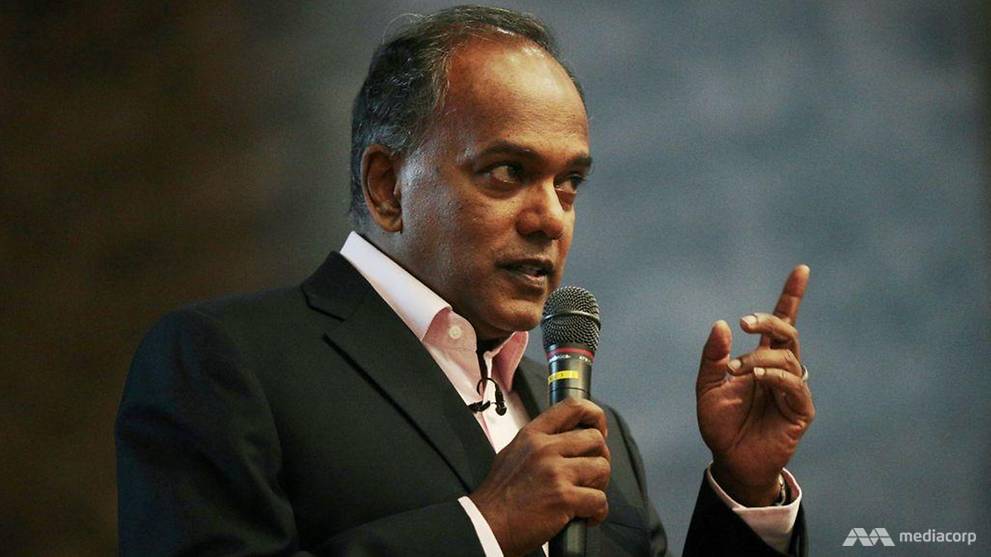 Not in Singapore's national interest to give platform to radical foreign religious preachers: Shanmugam

SINGAPORE: If foreign religious preachers hold views that are inappropriate or unacceptable, then it is not in Singapore’s national interest to give them a platform to propagate their teachings or to build up a following, said Minister for Home Affairs K Shanmugam in Parliament on Monday (Jan 8).

Between September and December last year, five foreign religious preachers were announced by the Ministry of Home Affairs (MHA) as banned from speaking in Singapore.

“We hold a clear position on the preaching of religious intolerance, and we draw a line on teachings that seek to divide our society along religious lines,” said Mr Shanmugam.

“We should also be clear that a foreigner’s entry into Singapore is neither automatic nor a right. It’s a privilege and it will only be granted if we assess his entry will not harm Singapore’s interest.”

He explained that a foreigner who wishes to deliver a talk in Singapore related to religion, race or politics must obtain a Miscellaneous Work Pass from the manpower ministry. Each application is assessed on its own merits, through a process in consultation with other agencies, said Mr Shanmugam.

“From a security perspective, one of the principles is that a foreigner should not have antecedents of radical teachings and preachings,” he detailed. “For example, if he has advocated violence or promoted segregationist, intolerant teachings that are inimical to our multi-racial, multi-religious society, he will not be allowed in.”

Two of the five preachers barred from Singapore last year are Christians who previously made comments ranging from calling Allah “a false god”  to Islam as “evil”.

Another two, Ismail Menk and Haslin Baharim, have separately described Muslims wishing non-Muslims “Merry Christmas” or “Happy Deepavali” as “the biggest sin and crime”, while labelling non-Muslims as “deviant”.

The duo had been due to preach on a religious-themed cruise departing and ending in Singapore in late Nov 2017.

Organisers of the same cruise later explored the possibility of having American-Muslim preacher Yusuf Estesas a speaker, but he was stopped at the airport. Yusuf has expressed similarly disapproving views on Muslims celebrating holidays of other religions, or wishing Christians and Jews “Merry Christmas” and “Happy Hanukkah”.

“BETTER TO BE CAREFUL”

Mr Shanmugam also said it was “not material” whether previous comments made by the preachers were in relation to Singapore, whether they intended to touch on those issues when they spoke here, or how large their followings are in Singapore.

“We should be concerned if even a small number in Singapore take in their radical, intolerant or segregationist teachings,” he added. “And really, we should not allow them to preach or speak here to spread these viewpoints among Singaporeans, and build up anger among the different faiths.”

The minister also addressed the effectiveness of banning such foreigners given the accessibility of digital platforms.

“There are obviously limits to the extent to which we can prevent access to such content, in particular through the Internet,” he acknowledged. “But this does not mean that we should make it even easier for such foreigners to spread their views more directly and personally to Singaporeans, and build a following here, by allowing them to come into Singapore and giving them a physical platform.”

“Preaching and grandstanding live and in person, is quite different a proposition from doing so on the Internet.”

Later, Member of Parliament Zaqy Mohamad also asked a follow-up question on differentiating between the personal views of preachers and the context of their preachings - in particular when religious scriptures do deal with non-believers.

Said Mr Shanmugam: “When we look at foreign preachers, we’ll have to look at who’s bringing them in; talk to them, look at the context but on the whole, we take a fairly conservative approach.”

“If someone calls Allah a false god then wants to come into Singapore and say that was a different context, I think it nevertheless runs a serious risk of people following such a preacher and then going on to see what else he has said elsewhere, and the context is not always apparent to be understood - so I think it’s better for us to be careful.”

Mr Shan, I think religion is taking too much time unnecessarily. Living here is so stressful but we are doing our very best. And these people are so jealous of Singapore doing so well