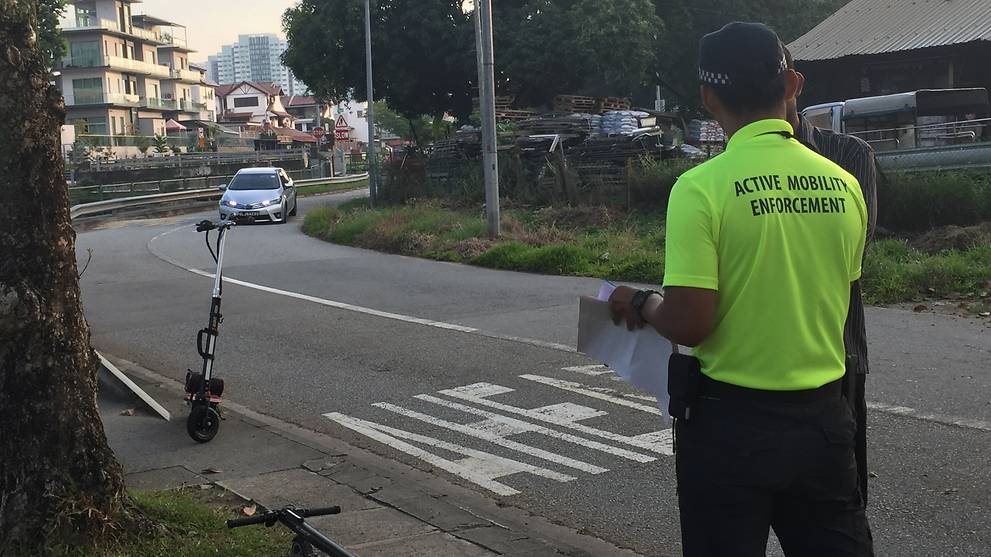 An LTA officer speaking with the owner of a personal mobility device early on Friday morning (May 12). (Photo: Kenneth Lim)

Mr Khaw had said in October that a total of 90 accidents involving PMDs took place in the first half of last year, with a majority of them taking place on roads.

“I don’t think we should be registering all scooters or all bicycles, but I think those which are power-assisted, and therefore potentially can incur greater harm, there may be a case for some sort of registration,” Mr Khaw said.

In addition, PMD users caught riding recklessly will have to attend a new programme that raises awareness of active mobility rules and penalties. The Safe Riding Programme, to be launched “soon”, will take place in schools, foreign worker dormitories and community centres.

Mr Khaw was responding to a question by Member of Parliament for Jurong GRC Tan Wu Meng on the number of e-scooter accidents and near-misses on walkways last year.

In response, Mr Khaw said the ministry does not keep track of near-misses.

“The Land Transport Authority (LTA) will step up efforts to prevent accidents through enforcement and education,” he said, highlighting that it issued more than 1,700 advisories for unsafe riding behaviours last year.

Offenders will also face stiffer penalties once the Active Mobility Act kicks in next week, Mr Khaw noted, pointing to how LTA is working with 800 Active Mobility Patrol volunteers to conduct regular patrols in their communities and share safe riding practices.

“In the event of an accident, the victim should file a police report, and the Police will investigate,” he added.

“If the offender is convicted in court for committing an offence, the court will consider if compensation to the victim should be paid. The victim can also seek compensation through civil lawsuits, mediation or private settlement.”

However, Dr Tan asked if compulsory insurance should be introduced for power-assisted devices, given that they have the potential to cause more harm.

He suggested that this would prevent a “double financial tragedy” involving a PMD user who is unable to provide compensation because of financial constraints.

In response, Mr Khaw said he has asked the Active Mobility Advisory Panel to review the code of conduct and practices governing PMDs, including compulsory insurance and the wearing of helmets.

“We have a year of experience, and I think in light of that experience, we should see what other rules should introduced, tweaked or toughened,” he added.

“Some of these suggestions, I’m sure the panel will take that into account as well.” 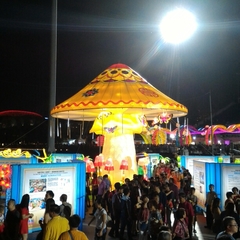 give these riders FINES so that they will doing these

Can you help out by signing this petition? http://chng.it/ntbCmtkS