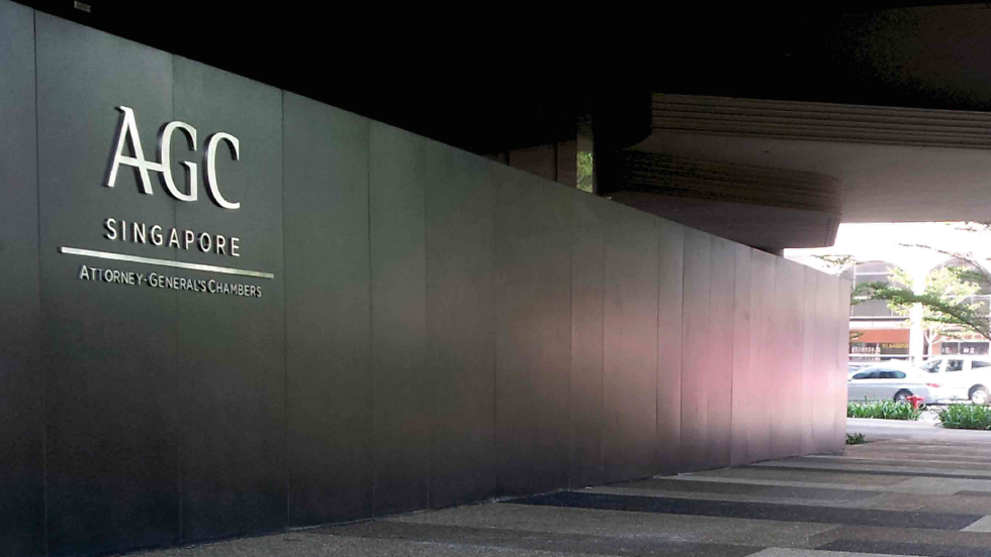 More weight to be placed on sentencing principles than precedents: Attorney-General

Attorney-General Lucien Wong also says the AGC will be more open in its approach in communicating sentencing positions with the public.

SINGAPORE: The Attorney-General’s Chambers (AGC) will place more weight on sentencing principles than precedents when deriving the sentencing positions to be submitted to the court, said Attorney-General Lucien Wong on Monday (Jan 8) at the opening of the legal year.

“The key focus is to anchor our sentencing positions based on the level of culpability and harm, which is then adjusted for any aggravating and mitigating factors,” explained Mr Wong.

"In doing so, we will give full consideration to the range of sentencing options provided for under the law, to ensure sentencing parity and proportionality."

The Attorney-General noted the “public disquiet and frustration” in recent high-profile cases where “egregious conduct (was) not, to the public’s mind, adequately punished”.

He cited the example of the case involving intellectually disabled waitress Annie Ee, who was tortured to death by a couple she lived with. The case drew public outrage over the extent of the abuse Ms Ee suffered, and some members of the public had questioned why the couple was not charged with murder.

"We want the public to better understand the complex nature of the judgment calls that we have to make, and the broader policy imperatives that inform our decisions."

He added that there is "ample room" for the Attorney-General's Chambers (AGC) to be more open in its approach in communicating its position with the public.

In the case of Ms Ee, the AGC had laid out in a statement the reasons why the couple could not be charged with murder.

Mr Wong stressed, however, that the courts "will not take short-term views or allow a vocal minority to influence our actions".

"In everything that we do, AGC will continue to hold fast to our guiding principles and to the rule of law, and these will guide us to do what is fair and right for the people and the system," he added.

Typically, judges rely on precedents and benchmarks to ensure that similar cases are treated as alike. In the past few years, structured sentencing guidelines have been set for offenses like rape, drink-driving and National Service evasion, which help to better utilise the full-range of sentences available under the law.

“The public should rest assured that ... no misconduct goes unpunished, that all misconduct is justly punished, and that all persons are treated equally before the law," said Mr Wong.

The percentage of divorces that proceeded to contested hearings has also decreased - in 2016, less than 7 per cent of divorce hearings were contested on either the grounds of divorce or ancillary matters.

Chief Justice Menon said the results are because of greater use of mediation and counselling as part of efforts to encourage parties to resolve differences with less acrimony.

“Social science research shows that the more acrimonious the process, the greater the harm inflicted on the parties and especially the children. We must therefore press on with the concerted reform efforts to protect those caught up in family disputes from such harm.”

The Family Justice Courts will work with the Law Society to explore the possibility of a Family Law Assistance Scheme, following the success of the Criminal Legal Aid Scheme where the poor receive criminal legal assistance. Chief Justice Menon said the idea is to create a “low bono model” which will “increase access to legal services for those under the sandwich class who are embroiled in family disputes".

“The underlying thinking is that if properly trained and committed practitioners bring their wisdom and counsel to bear on these disputes, this too should help reduce acrimony in the proceedings," said the Chief Justice.