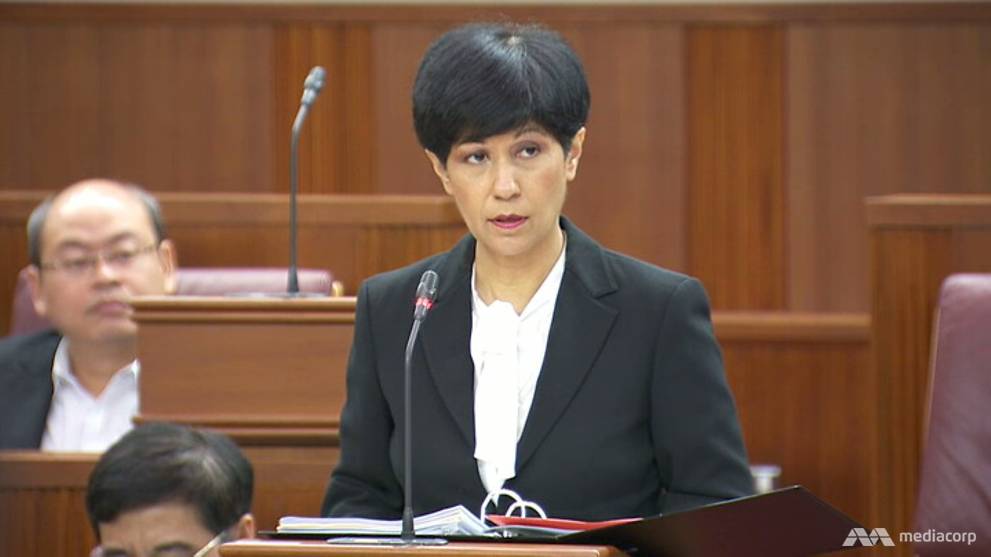 Contrary to perceptions, Keppel O&M did not get off lightly: Indranee Rajah

SINGAPORE: Keppel Offshore and Marine (Keppel O&M), the company involved in a bribes for projects scandal, did not get off lightly, said Senior Minister of State for Finance and Law Indranee Rajah in Parliament on Monday (8 Jan). She pointed out that the US$422 million penalty imposed on the company is about eight times the amount it paid in bribes.

Ms Indranee was responding to a question by opposition Member of Parliament, Sylvia Lim. Ms Lim said that given how badly the corruption case has damaged Singapore’s reputation and the large sums of money involved, there are perceptions on the ground that the company and individuals involved are being given a “slap on the wrist”.

In contrast, Ms Lim said there is the perception that individuals who are not well connected and prosecuted for corruption offences involving low sums of money are jailed.

The company, the rig building unit of conglomerate Keppel Corp, was given the hefty fine as part of a global resolution reached with authorities in the United States, Singapore, and Brazil, the country in which the bribes were paid.

In Singapore, Keppel O&M was issued a conditional warning by the Corrupt Practices Investigation Bureau. Ms Indranee said this allows Singapore to impose conditions on the company that are “closely aligned” with the Deferred Prosecution Agreement (DPA) it entered into with the US authorities. Under the DPA, the company has to pay a penalty and fully cooperate with US authorities in its investigations.

Ms Indranee said if any of the conditions are breached, Keppel O&M can be prosecuted. Apart from the fines and the fact that the company has been subjected to an “enhanced compliance regime”, Ms Indranee said the global resolution by the three countries achieved more than if the matter was prosecuted under Singapore’s Prevention of Corruption Act alone.

That’s because the maximum fine under the act is S$100,000 for each charge.

“So far as the company is concerned, make no mistake: There has been a heavy price to pay and deservedly so,” Ms Indranee said.

“With respect to the individuals, investigations are still ongoing.That outcome has not been determined. Nobody has got off or not got off. That is something the public prosecutor has to decide.”

AUTHORITIES HAVE TAKEN ACTION AGAINST OTHERS IRRESPECTIVE OF STATUS

On the perceived sentiments raised by Ms Lim that it is those without connections who are charged and jailed, Ms Indranee clarified that the Corrupt Practices Investigation Bureau (CPIB) has taken action against people in the past, irrespective of their status.

BOARD MEMBERS' CULPABILITY AMONG QUESTIONS RAISED BY WORKERS' PARTY

Another Workers' Party MP, Pritam Singh, raised several questions on the responsibility and knowledge of the bribery scheme amongst Keppel's board members.

Highlighting a particular project - P-61 - in which Keppel O&M and Keppel O&M's Brazil subsidiary gave the go-ahead for the payment of bribes equal to a percentage of the project's contract value, Mr Singh asked if the Government was aware if the Keppel Board gave the CEO "broad powers" to enter into the contract.

"The contract..amounted to hundreds of millions of dollars, would have likely required board approval for it to have been approved," Mr Singh said.

And if the CEO was not given such powers by the board, Mr Singh asked what was the nature of the board's oversight and culpability into the bribery scheme.

Ms Indranee said this was not so much a question for the government, as it was a matter for Keppel, in terms of what was known or not known to them. Ms Indranee pointed Mr Singh to a statement issued by Keppel Corp which said that the company's and KOM's current board of directors were not aware of illegal payments to secure projects in Brazil.

Ms Indranee reiterated the same point she made in response to an earlier question from Mr Singh. He had asked if the Temasek Holdings, as Keppel's largest single shareholder, will call for an extraordinary meeting with a view to pursue civil action against board members and other senior executives found responsible for the bribery scheme and for breach of fiduciary duties.

"First, the Government owns 100 per cent of Temasek. It is not a direct shareholder of Keppel Corporation," she said.

She said the general principle of corporate governance is that shareholders would appoint the boards, which then, depending on whether members are executive or non-executive, would need to ensure their policies and governance are in proper order.

"So the general principle of corporate governance, with which Mr Singh is familiar as a lawyer, is that the shareholders deal with their companies, in which they have shares, at the shareholder levels."

"(The) day to day operations are done by the executive team or management," she said.

"As I mentioned earlier, in this instance, the government and Temasek do not interfere in the day to day running or management of Temasek portfolio companies."  Ms Indranee noted that under the DPA, the company has taken several remedial measures including taking disciplinary action against 17 employees, parting company with seven employees and imposed millions in financial sanctions on 12 former employees as part of disciplinary actions. "Anything further than that is a matter for Keppel company to determine, not for the government," Ms Indranee reiterated.

Mr Singh also asked if Mr Choo Chiau Beng, who was Singapore's non-resident ambassador to Brazil from 2004 to 2016, was removed from his position because of his involvement or knowledge of the scheme and when did the government come to know of his involvement.

He also wanted to know asked if the authorities would investigate Mr Choo, who was also Keppel's former CEO, for using his position to assist Keppel in "corruptly" securing contracts in Brazil.

Ms Indranee said she did not have the information on the circumstances under which Mr Choo stepped down, except to say he was not in that position any longer.