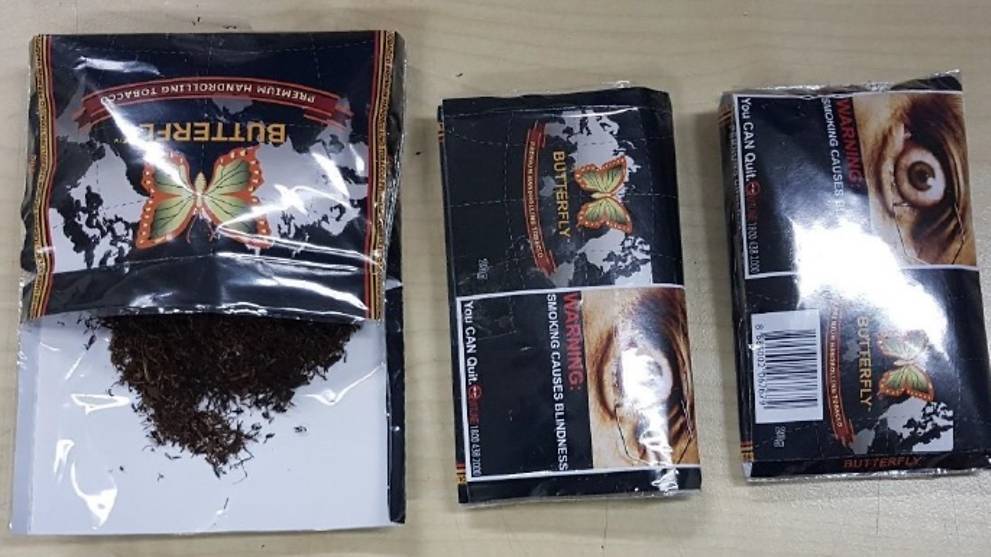 SINGAPORE: A 63-year-old man was arrested for the suspected trafficking of new psychoactive substances on Jan 4 following an early morning raid, the Central Narcotics Bureau said on Monday (Jan 8).

In a news release, the CNB said that about 250g of a substance believed to be tobacco stained with new psychoactive substances were seized.

New psychoactive substances produce the same or similar effects as controlled drugs such as cannabis, cocaine, ecstasy, methamphetamine and heroin.

The chemical compounds added to the drugs are unknown, and could cause serious health problems such as severe intoxication, seizures, renal failure and even death, CNB warned.

Preliminary investigations by the CNB showed that the man would contaminate the tobacco with other substances including thinner and contact cement.

He would then repack them into plastic packets and disguise them as normal tobacco for sale, CNB said.

A bottle of rubbing alcohol, numerous tobacco labels, a weighing scale, rolling papers and a printer was also found at the hotel room located along Geylang Road where the raid took place.

The Singaporean man and his wife, a foreigner, were staying there.

Investigations into the suspect's drug activities are ongoing.

"Products such as thinner and contact cement often carry labels warning about possible poisoning from its ingestion, inhalation or consumption," CNB added.