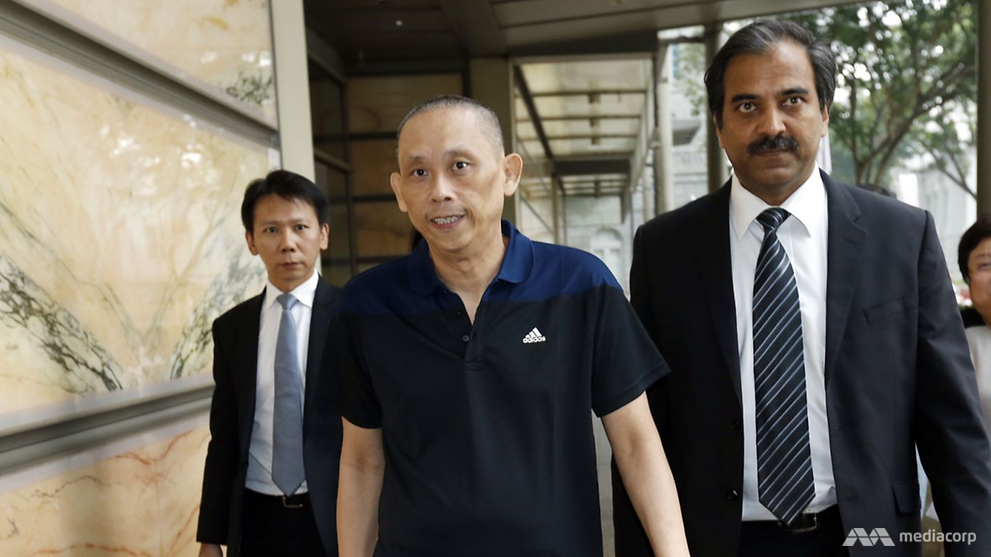 SINGAPORE: An extension of the Criminal Law (Temporary Provisions) Act (CLTPA) for another five years - effective from Oct 21, 2019 - was proposed in Parliament on Tuesday (Jan 9).

The CLTPA  allows for the detention of suspected criminals without trial, if deemed necessary in the interests of  "public safety, peace and good order".

The detentions are up to a year and have to be reviewed annually. The Act itself lapses every five years unless it is renewed. Its last extension was in October 2013 - the 13th time since being introduced in 1955.

“The powers under the Act have been used judiciously, and only in cases where prosecution in Court were not possible, for example, when witnesses were unwilling to give evidence in Court due to fear of reprisals,” said the Ministry of Home Affairs (MHA) in a press release.

“It has been used, for example, to deal swiftly and effectively with people associated with secret societies, as well as organised criminal groups such as drug trafficking and loansharking syndicates.”

“The Act has thus contributed to keeping such serious crimes under control, ensuring the safety and security of Singapore. “

In recent times the CLTPA has been used against the likes of the SMRT bus drivers who went on strike in 2012, as well as notorious football match-fixer Dan Tan and others said to be entwined with an international syndicate run out of Singapore.

As of most recently available statistics, the total Criminal Law detainee population in Singapore’s prisons has dropped steadily from 326 in 2009 to 109 in 2016.

In 2016, just one inmate was above 60 years of age; the rest were from the 21 to 30 bracket. The majority of the 2016 cohort were detained for secret society activities - 91 compared to five for drug trafficking, 12 for unlicensed money-lending and one in the “others” category.

Amendments proposed to the Act include a listing of the types of criminal activity which the Minister for Home Affairs can make orders for detention or police supervision.

The scope of activities include: unlicensed moneylending; drug trafficking; involvement in a secret society or as a gangster; human trafficking; robbery with firearms; murder; gang rape; kidnapping; general offences relating to the participation in or facilitation of activities for an organised criminal group; and attempting to carry out, abetting, or being a party to a criminal conspiracy to carry out, any of the listed activities.

This move will restrict the powers of the Minister. But it is also being proposed that his/her decisions on matters such as whether a person has been associated with activities of a criminal nature, and whether it is necessary to detain such a person in the interests of public safety, peace and good order, are final.

Another amendment to the Act seeks to empower Central Narcotics Bureau officers, other than police officers, to investigate breaches of Police Supervision Orders (PSOs).

MHA noted in its release that the CLTPA already contains substantial safeguards for the issuance of Detention Orders (DOs) and PSOs.

“The Public Prosecutor’s consent has to be obtained before any DO or PSO is issued by the Minister,” said the ministry. “Each DO and PSO is subsequently reviewed by an independent advisory committee, comprising prominent private citizens including Justices of the Peace, former judges and senior lawyers. The Advisory Committee will then present its recommendations to the President who may confirm, vary or cancel the Order on the advice of the Cabinet."