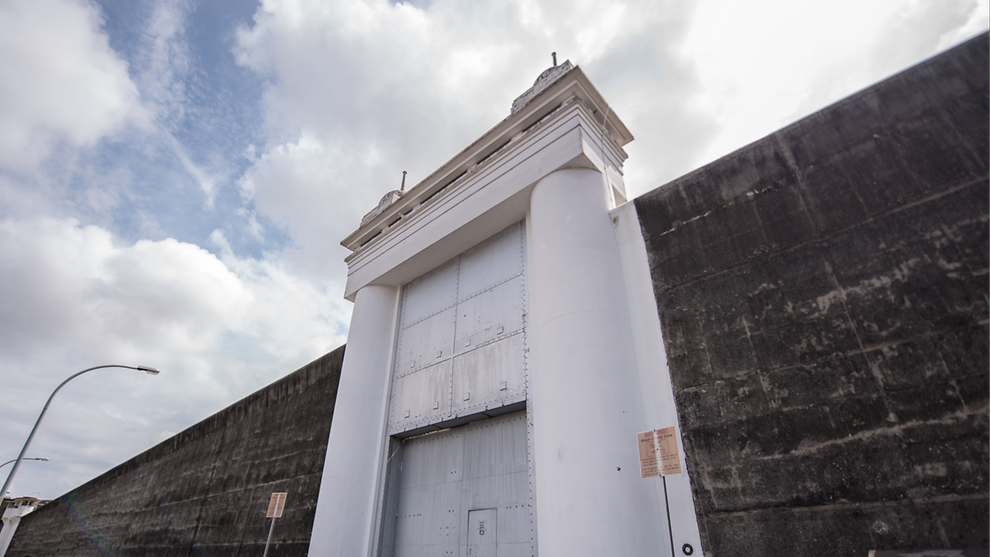 Man jailed, caned for assaulting prison officer while in remand

SINGAPORE: Inmate Mohamad Farhan Tajuddin was being held at Changi Prison in December 2016, unable to post bail after he was charged with intimidating a teenager by placing a 45cm-long chopper against his neck. He had also been charged for failing to report for urine tests after a drug conviction.

But even from behind bars, the 27-year-old managed to get himself deeper into trouble by assaulting a prison officer.

For attacking the officer and various other offences, he was on Tuesday (Jan 9) sentenced to five years and seven months’ jail as well as three strokes of the cane.

The court heard that at about 3pm on Dec 8, 2016, Farhan was spotted walking out of his cell to chat with a fellow inmate in the neighbouring cell. The door of Farhan’s cell had been left open, as another inmate was in the process of being transferred.

Sergeant Pouminathan Mayalagu, 55, saw this and warned Farhan to stay in his cell, adding that disciplinary action would be taken against him. Angered, Farhan tried to “negotiate” with the warden who “ignored him and left”, said Deputy Public Prosecutor Kavita Uthrapathy.

When Sergeant Pouminathan returned to the cell at about 5.15pm to distribute medication to the inmates, Farhan attacked him. He punched the officer’s face and body, and continued to kick the officer even after he had fallen to the floor.

“It was obvious that (the anger) had been festering in (Farhan) … when he finally launched an assault against (the officer),” said the prosecutor.

The assault was captured on CCTV, which showed other inmates pulling Farhan off Sergeant Pouminathan. “That the situation was very tense and dangerous is evident … the medical officer ran away with his trolley” when Farhan started to hit the warden, the prosecutor said.

She noted that the assault was committed “in a confined space … where (Sergeant Pouminathan) was the only officer on duty", and that it “took a while” for his colleagues to come to his aid.

The officer “had no means of escape and was completely at the mercy of (Farhan) and the other prisoners,” the prosecutor said, adding that the assault “could have quickly turned into something more serious affecting life and limb”.

Defence lawyer Alice Tan, who represented Farhan pro bono, said he is “determined to make good of his life after his release from prison” and make his mother proud. Farhan, who used to work as a mover, “hopes to upgrade himself … after his release so that we can better contribute to the family and move on in life”.

Besides one count of assaulting a public servant, Farhan pleaded guilty to four other charges on Tuesday, including for the unlawful possession of the 45cm-long chopper he used to intimidate a teenage boy and offences under the Misuse of Drugs Act.

For assaulting Sergeant Pouminathan, Farhan could have been sentenced to up to seven years’ jail and caned.