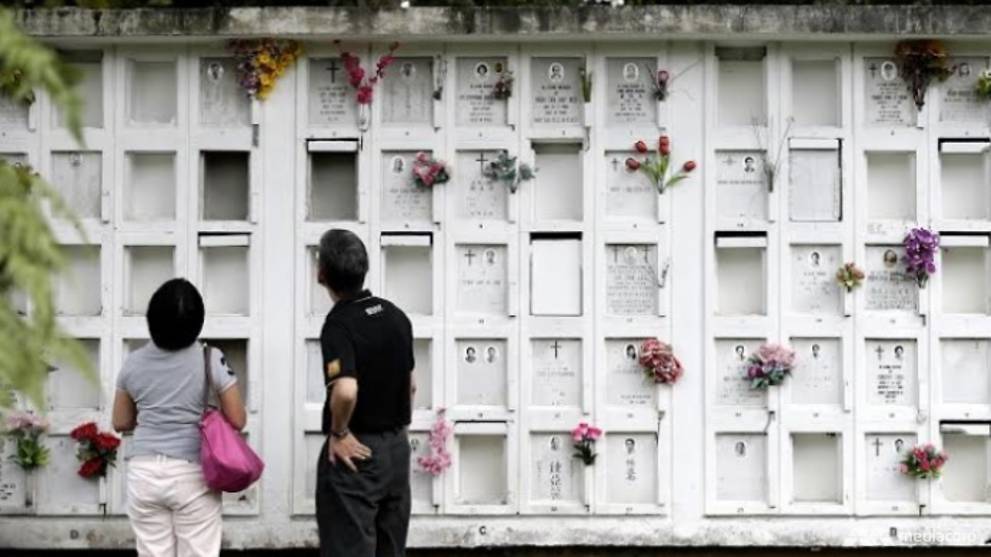 The leases for existing funeral parlours at Mount Vernon, operated by Singapore Casket and Mount Vernon Sanctuary, have been extended till September 2018. (Photo: Jason Quah/TODAY)

SINGAPORE: A new funeral parlour complex located in Bidadari estate will be ready by 2024, the Housing and Development Board (HDB) and the National Environment Agency (NEA) announced on Tuesday (Jan 9).

When completed, the new funeral parlour complex will have 12 funeral wake halls and will occupy 1.1 ha of the 7.1 ha currently occupied by the existing Mount Vernon Columbarium Complex.

The new complex will be integrated with Bidadari’s topography and surrounding landscape, to minimise the impact on future residents living around the complex, according to the agencies.

NEA and HDB will also be consulting the funeral parlour industry on the design concept for the complex.

Construction works are expected to start in the second half of 2021.

After the leases expire, existing funeral parlours will be cleared together with the columbarium blocks to make way for the development of Bidadari estate.

The redevelopment is part of the Government's efforts to meet future demand for after-death facilities and services.