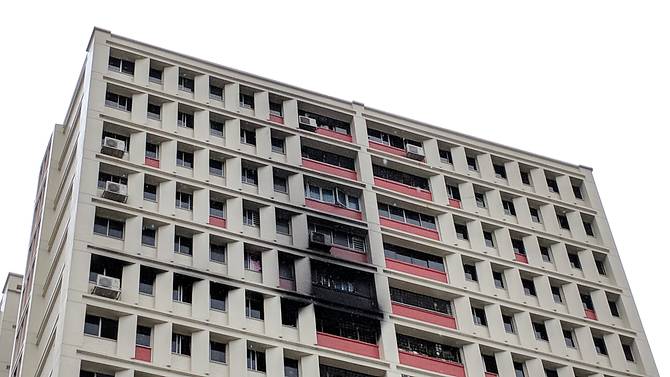 70 residents evacuated after fire breaks out in Toa Payoh flat

Composite image of the fire at Toa Payoh Lorong 5.

SINGAPORE: Authorities were forced to evacuate around 70 residents after a fire broke out in a 15th-floor flat at Block 45 Lorong 5 Toa Payoh on Wednesday morning (Jan 10).

The Singapore Civil Defence Force (SCDF) said it was alerted to the fire at around 9.40am, and forcibly entered the unit upon arrival.

The fire involved contents in the unit's living room and was extinguished by SCDF using 2 water jets. No one was present in the flat and no injuries were reported, SCDF said.

The 70 residents from block 45 were evacuated by both SCDF and Singapore Police Force officers.

A video shared on Facebook showed thick grey smoke emerging from behind a block of HDB flats in the area.

The cause of the fire is under investigation, SCDF said.

Thankfully no one is hurt