They had helped mastermind Setho Oi Lin, otherwise known as Irene Setho, deceive 1,341 people into paying a total of about S$37.5 million for non-existent memberships at the country club.

In his sentencing remarks, Principal District Judge Bala Reddy said it was clear that there were “inadequate checks” and “a lack of proper audits” at the club, which led to the offences being undetected for a long period of time.

The prosecution had asked for at least 3 years’ imprisonment for Nah as the “sheer number of (Nah’s) offences was an egregious breach of corporate integrity”.

In mitigation, Nah's lawyer Daniel Atticus Xu said that he had a “timid and submissive personality” and was “adhering to his supervisor’s (Setho’s) instructions” in entering the false data.

Nah was also suicidal after the death of his wife in 2008, around the same time the bulk of the offences were committed. He was later diagnosed to have depression and the condition was exacerbated by the death of several other family members. Mr Xu added that Nah also did not intend to, and did not financially benefit from the act.

Cheo will commence her sentence on Wednesday while Nah will begin his on Jan 15 as he has to attend an urgent medical appointment.

Court documents stated that since 1996, the club had stopped issuing new memberships, but allowed existing members to sell their memberships. The mutually agreed price included a S$12,000 fixed transfer fee, and an account activation fee of between S$300 and S$530 which will be paid to the club. But Setho started selling fake club memberships from 2004, sourcing for buyers on her own or through membership agents.

Between June 2004 and August 2014, Nah created 1,280 false entries in the club’s electronic membership database. The buyers had been duped into buying the memberships from phantom members. The entries were made without a corresponding deactivation of any existing member’s account. 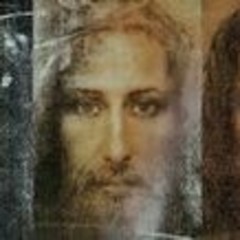 just a few years jail, worth it, to scam 37,5million. work whole life cannot earn such amount, so the jail sentence is a joke.