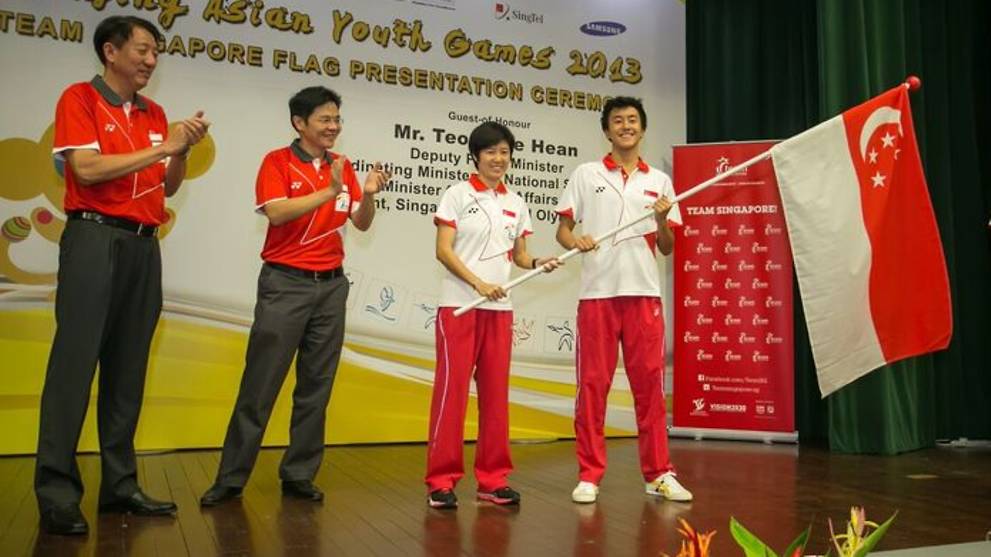 Tan is a former national paddler who competed at the Athens 2004 Olympic Games. The 43-year-old has also won medals at the Southeast Asian Games, Commonwealth Games and Asian Games. In 2013, she served as chef de mission to the Nanjing Asian Youth Games Team Singapore contingent.

The Pyeongchang 2018 Olympic Games will take place from Feb 9 to Feb 25 in South Korea.

Goh is currently coached by four-time Olympic champion Chun Lee Kyung, who will accompany her to the games.

Tan, who is currently coaching at the Singapore Sports School, said: “It’s a privilege to be involved with Team Singapore’s first Winter Olympic Games. Though we may have a small representation in Pyeongchang, it is still our desire and goal to ensure that Cheyenne is equipped with the support she needs for a good and safe outing at the Games.”

Secretary-General of the SNOC, Chris Chan, praised Tan’s experience: “Paey Fern’s experience as an elite athlete and chef de mission at major games put her in good stead to manage Singapore’s first Winter Olympic Games contingent. This is certainly a significant milestone in our major games participation and we hope that Cheyenne’s participation will create a bigger effect of inspiring more Singaporeans to aspire towards the Winter Olympic Games.”