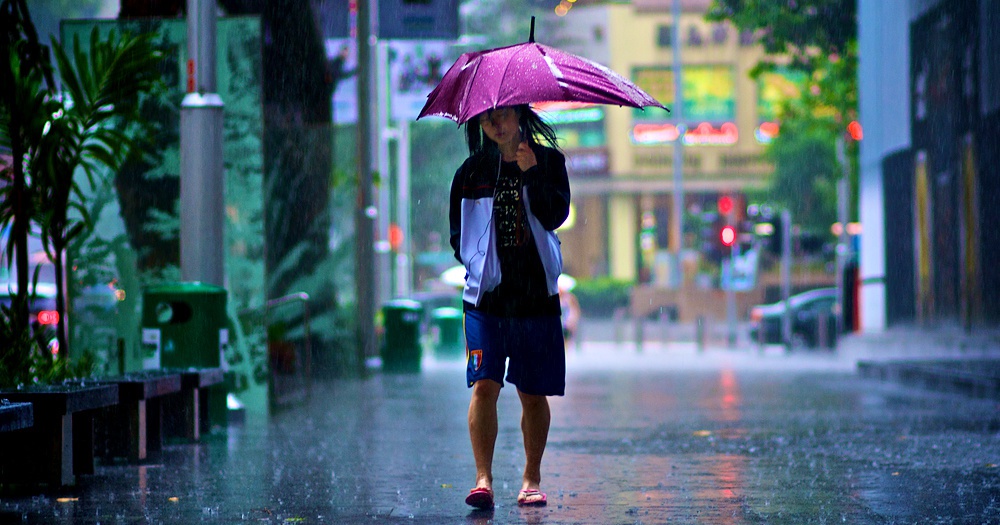 The monsoon surge that dumped half a month’s worth of rain on one part of Singapore in four hours is here to stay — at least for the next few days, based on what the meteorological services can predict.

According to the on Wednesday, Jan. 10, the next few days are expected to be “overcast and windy… with periods of moderate to heavy rain, at times with thunder”.

The four-day outlook (Jan. 11 to 14) from Singapore’s Meteorological Service predicts temperatures to hit a high of 32°C during the days and a low of 22°C at nights.

Guess this means we’ll have to pack an umbrella. Or a sampan.

Singapore typically experiences the surges from November to March.

These monsoon surges are usually more intense (read: more rain, more wind) from November to January, and tend to abate in February and March, which are usually windy but have less rain.