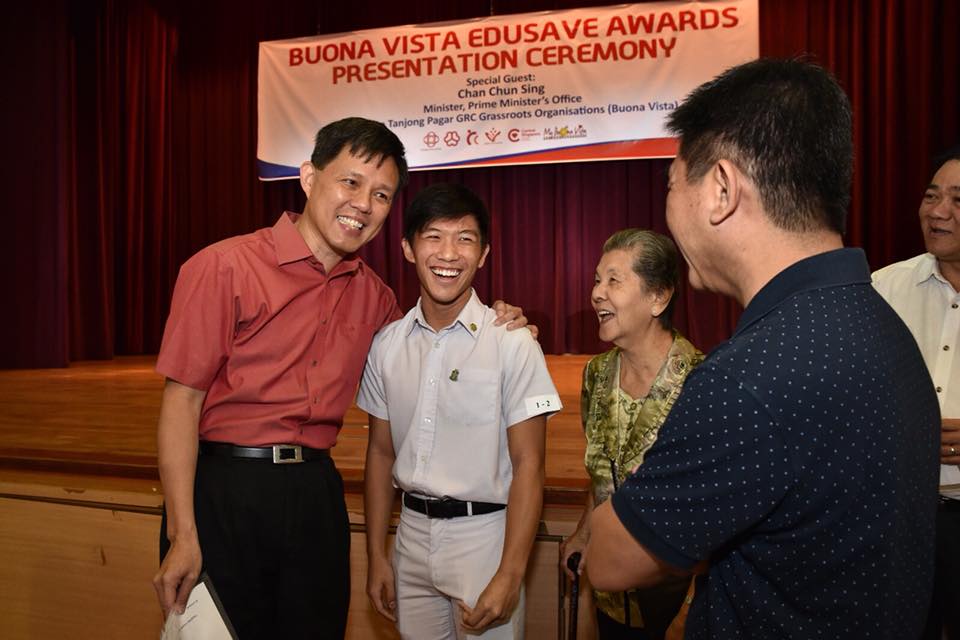 It was not too long ago when Senior Minister of State for Law and Finance Indranee Rajah — — commented that the issue about who will be the next Prime Minister has been over-discussed.

Senior Minister of State Indranee Rajah: Next PM issue has been “over-discussed”

Well, it seems like among the 16, one of them did not get Indranee’s memo as he continued to keep the spotlight on the topic, albeit indirectly, as he spoke up about leadership qualities required for each generation of leaders on Jan. 11.

Comfortable in his own skin

And this individual is no ordinary member of the future 4G leadership.

Widely seen as one of the two or three front-runners for the post of the next PM, Minister in the Prime Minister’s Office and NTUC Secretary-General Chan Chun Sing, 48, has benefited from a series of public engagements.

They have given him the opportunity to articulate his views openly about the new generation of leaders and their relationship with the people.

Last October, he spoke at the Foreign Correspondents Association of Singapore briefing, where he addressed a wide range of issues, including leadership succession.

Chan Chun Sing: All 4th generation leaders must be ready to be PM when called upon

It is clear that he is growing comfortable in his own skin as he increasingly exudes confidence talking about big-picture stuff, such as challenges confronting Singapore and the onerous task of leadership.

3 ways to win and maintain trust

On Jan. 11, Chan, an economics graduate of Cambridge University, was invited to give he inaugural S R Nathan Hard Seats Lecture organised by the Oxford and Cambridge Society of Singapore at the Pyramid Club, where he shared his views about the necessary leadership traits to steer Singapore into the future.

If you have read our interview with Chan last year, you would remember that he abides by a “Rule of 3” at work and when he gives his trademark off-the-cuff speeches.

The audience at the lecture were treated to his power-point talking style when he addressed the issue of effective leadership and trust between the government and its people.

According to , Chan highlighted three ways for leaders to earn a deep sense of trust.

1. Leaders must be upfront with the people on the challenges and options

Chan suggested working the ground and sharing as much information “wherever possible” so people can become better informed and trust that decisions were made only after careful consideration.

“Help Singaporeans understand what’s at stake and the trade-offs involved. Let them know how they’ll be affected directly, and spend more time on the ‘why’ rather than the ‘what’ or ‘how’”

2. Leaders must continue to find new ways to communicate and connect with different generations

With a more diverse population, with different expectations of the government and in a fast-paced, digital age that has “social media influencers”, he said there is “no shortage of ideas, views and, of course, criticism”.

“At times, inaccurate and misleading information can ‘go viral’, possibly clouding a person’s view on an issue. The challenge then is to find ways to manage this, and get citizens to understand the matter at heart.”

3. Leaders must be accountable and responsible

This means making good on promises and, when there are problems, working to put things right immediately.

He said people would also give their trust when they see the Government has been “responsible, anticipates and are responsive in meeting their needs”, and there is an overall improvement in their lives.

“Some policies take longer to bring forth results and the population may feel impatient.”

“Each generation of leaders would therefore need to be consultative yet nimble in meeting these needs while managing finite resources responsibly. These are important so that we do not face a trust deficit, and run the risk of citizens disconnecting with or being disenfranchised by the government.”

Among the front-runners for PM, Chan seems to be the one with the higher public profile currently.

Over the past one year or so, he has stepped up to sell difficult and unpopular policies, such as water price hikes and the reserved presidential elections.

In addition, he is also not averse to accept invitations to speaking engagements and share his thoughts on wide-ranging issues at these events.

While he develops greater political gravitas which may or may not lead him to greater responsibilities eventually , his views on political leadership which somewhat sounded like him setting out performance expectations for his other colleagues, will certainly count towards enhanced public consciousness of him as a 4G PM front-runner.

PM Lee spoke about many things at the PAP convention. Here are 5 ways to think about it.

So free to give speeches, parliment sitting so many absentees.

Our trust is already gone. Whether 3 ways or more ways can never regain back the trust. You cannot mend a broken mirror.