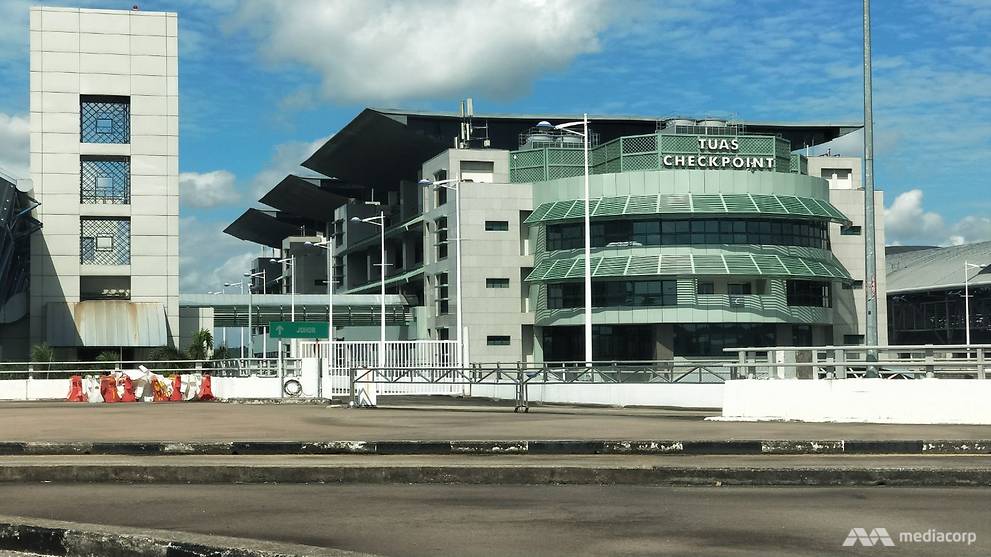 In a written response on Monday (Jan 8) to a Parliamentary question posed by West Coast GRC Member of Parliament Patrick Tay Teck Guan, Mr Shanmugam said that there are not enough Singaporean APOs to meet projected demand over the next few years.

"Operational needs are growing significantly, everywhere, including our checkpoints. Visitor numbers are growing and at the same time, the threats of terrorism have risen substantially," said Mr Shanmugam, who is also the Minister of Law.

Previously, it was a requirement that only Singaporean APOs could be deployed at land checkpoints.

APOs are hired by private security firms such as Certis Cisco and AETOS. They are deployed for a range of security functions, including protecting sensitive installations and providing security at major events, and are regulated by the Singapore Police Force.

The demand for APOs will grow, said Mr Shanmugam, pointing out that major infrastructure projects such as Changi Airport Terminal 4 and the new Tuas Port will require security manpower.

The clear preference is to recruit Singaporean APOs to meet this rising demand, and there have been "significant efforts to do so, for example, providing signing and retention bonuses", said Mr Shanmugam.

This has allowed over 300 Singaporean APOs to be hired in 2017. Singapore deploys about 7,000 auxiliary police officers islandwide, Mr Shanmugam said in an April 2016 parliamentary session.

Previously, AETOS and Certis Cisco said a shortage of local manpower played a part in their decision to look at Taiwan for potential recruits. Before that, both firms only hired either Singaporeans or Malaysians.

At that time, a police spokesman confirmed that both companies have found it difficult to recruit Singaporean and Malaysian APOs.

"To meet the demand for APOs, the Auxiliary Police Forces are exploring Taiwan as a possible source," he said. "They will have to meet the same qualifying standards as other APOs."

Hurray! No need for NS also, can hire foreign militants to fight and protect their interests.