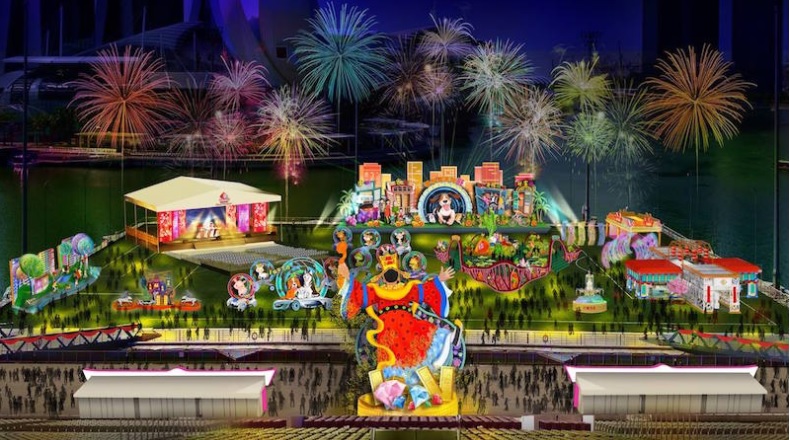 The annual River Hongbao event is set to light up Marina Bay once again from Feb 14 to 24, with an extra day thrown in, as well as an extra night of fireworks, bringing the total to 11 consecutive nights of fireworks and laser light shows for visitors to enjoy.

River Hongbao, which has been part of the Chinese New Year celebrations in Singapore since 1987, is also expected to host its biggest exhibition to usher in the Year of the Dog this year, The Straits Times reported. Titled My Home, My New Year, the installation will chronicle the life of fictional character Chen Chunsheng (and CNY festivities) across three eras — from post-independence in the ’60s and ’70s to the economic boom in the ’80s and ’90s to the 21st century.

While you’re there, keep an eye out for massive lantern displays — including the largest set which, at 50m-long and 15m-tall, takes inspiration from the country’s skyline — alongside handicraft showcases, carnival rides, and nightly performances. But be warned: you’ll probably be swarmed by excited crowds, as the free event anticipates welcoming more than a million visitors this year.

River Hongbao will be open from 2pm to 11pm daily, with opening hours extended until 1am on Chinese New Year Eve. As for the fireworks, watch out for them at 9pm from Feb 14 to 22, while Feb 14, 23, and 24 will see the sky lit up at a different, as-yet-unannounced time.

So many low income family don't have enough to eat or spend on. Help them first then throwing money on fireworks for 11 days.

Waste so much money on fireworks for 11 days! Can put the most net into better use by donating to charity

And SG people pay for govt. to play with fireworks..lol.