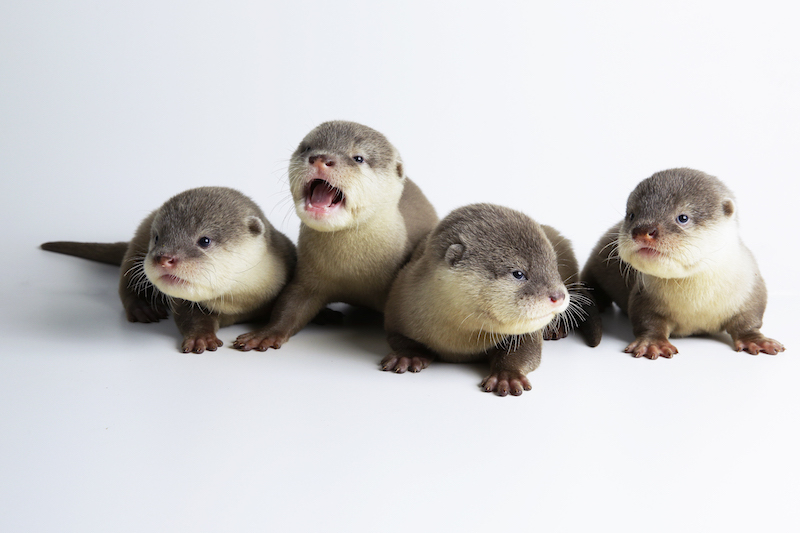 Singapore’s four wildlife parks — River Safari, Singapore Zoo, Jurong Bird Park, and Night Safari — have reported a grand total of 540 animal births and hatchings across the entire year of 2017. Out of all these new additions, more than 25 percent belong to threatened species, as part of the wildlife parks’ conservation breeding efforts.

Some of the little ones welcomed into the family include April-born Bornean orangutan baby Khansa, who brings the park’s number of successful orangutan births up to 46. Khansa’s arrival came just months after the species was uplisted from endangered to critically endangered status in 2016 by the International Union for Conservation of Nature.

At the bird park, greater flamingo Squish made quite the splash in August as it stumbled around in its tiny blue shoes and became a viral sensation.

Then in October, the first successful king penguin hatching in almost a decade happened. Raised by a team at the bird park’s Breeding and Research Centre, Maru made its first public appearance in December and was gifted with a bunch of goodies for its first Christmas.

As 2017 drew to an end, baby female pygmy hippo Abina was born on Nov 7 — marking the zoo’s 24th successful pygmy hippo birth — followed by an as-yet-unnamed jaguar cub to new mother Aswa at the River Safari on Nov 16. The cub, who remains in its nursery den for now, is the first successful jaguar birth for the park since 2009.

Finally, the Singapore Zoo’s newly revamped RepTopia exhibit saw two critically endangered electric blue geckos hatched just three days before Christmas last year. In case you didn’t know, this species is among the most threatened types of geckos in the world because of its popularity in the illegal pet trade.