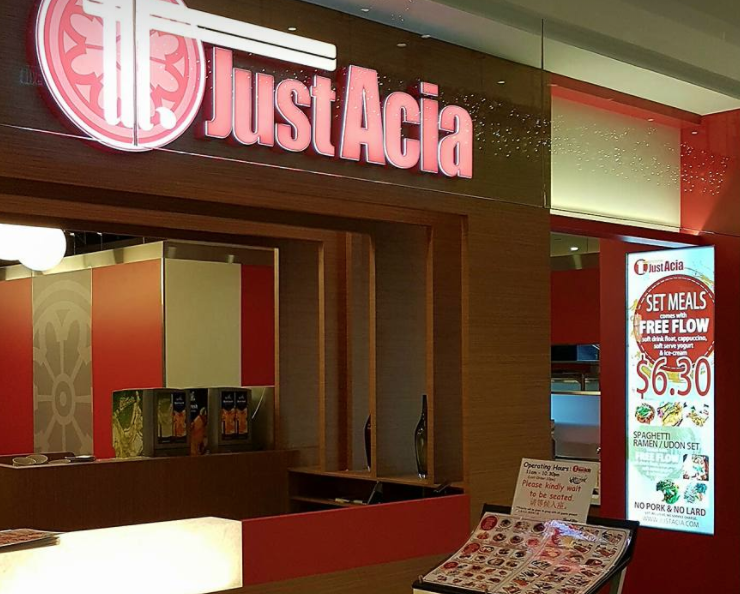 Both were given suspensions, which start from Saturday and end two weeks later on 26 January, for violations under the NEA’s Points Demerit System.

According to the NEA, a licensee who accumulates 12 or more demerit points during a 12-month period may have his licence suspended for a period of either two or four weeks, or cancelled.

JustAcia, which sells mainly Asian fare, occupies nine units within the retail space located above Dhoby Ghaut MRT Station (#B1-13/17/32/33/45/46/47/49/50). It also has other outlets at Marina Square and Sembawang Shopping Centre.

Wonder how long the tip off works before NEA acts. I feedback for 2 weeks also no action