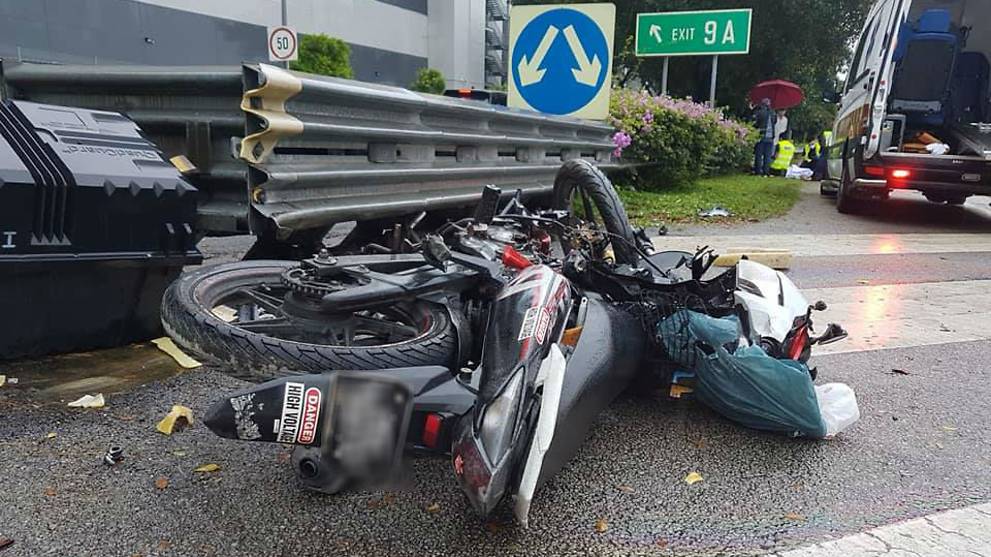 SINGAPORE: A 20-year-old man was taken to the hospital after he hit his motorcycle against a road divider along the Kallang-Paya Lebar Expressway (KPE) on Friday (Jan 12) morning.

Police said they were alerted to an accident along KPE towards the Marina Coastal Expressway at 8.31am. The motorcyclist, understood to be a Malaysian man, was conscious when he was taken to Changi General Hospital.

Channel NewAsia understands that there were no other vehicles involved in the accident. The man is believed to have suffered a fracture on his left leg.

Photos of the incident circulating on Facebook showed the Malaysia-registered motorcycle lying on the ground near the Tampines Road exit on KPE.

The road divider appeared damaged, with debris strewn on the road.

Everyday there will be at least one accident in the PIE road I guess.