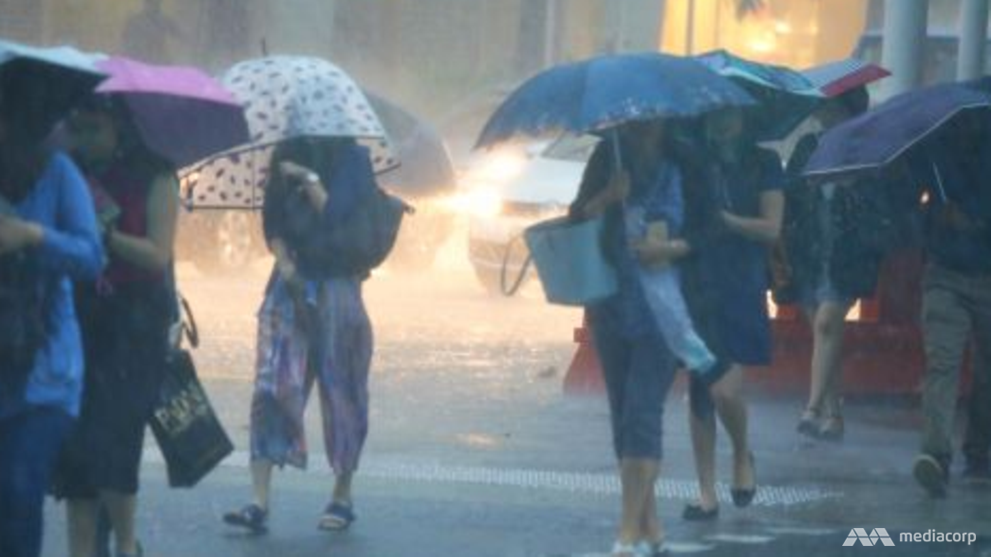 Rainy weather expected to ease over the weekend: NEA

SINGAPORE: The rainy weather Singapore has been experiencing this month is expected to gradually ease over the weekend, said the National Environment Agency (NEA) on Friday (Jan 12).

However, it is likely to remain chilly, with the lowest temperature forecast to range between 22 and 24 degrees Celsius for the next few days.

NEA has said that the cool and wet weather is due to a monsoon surge that's affecting the South China Sea and the surrounding region.

As of 4pm on Friday, the lowest temperature was 21.4 degrees Celsius at Jurong West - that broke 2017's low of 21.7 degrees Celsius recorded on two days in January and August.

The highest temperature on Friday was just 24.7 degrees Celsius at Sentosa, as of 4pm.

It’s so cold these days. Along with the rain we feel very uncomfortable at sometimes.