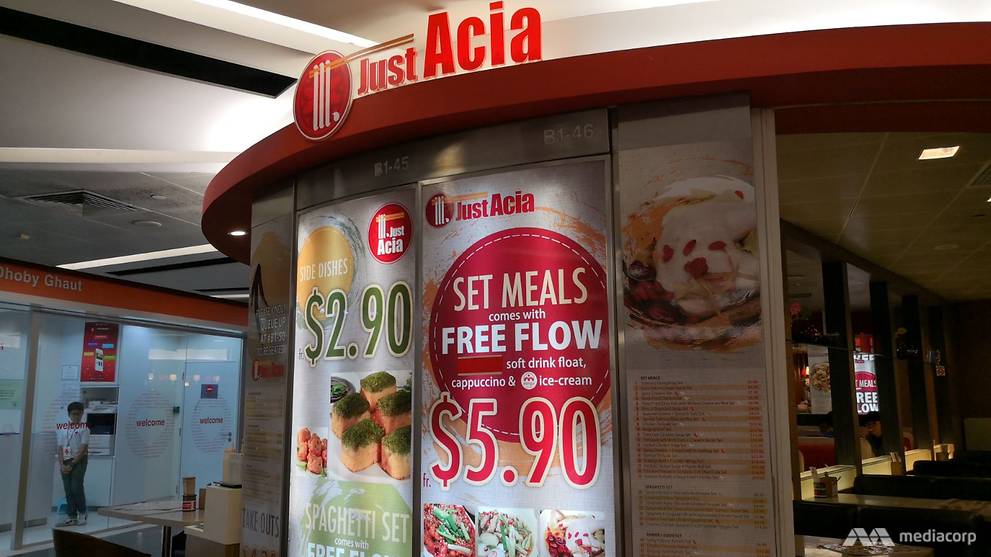 In a suspension notice on Friday (Jan 12), the National Environment Agency (NEA) said the restaurant had accumulated 12 demerit points over the past year - six points for each offence of selling food that was unclean.

It was fined a total of S$800 for the offences.

The two-week suspension will begin on Saturday. But Just Acia had been alerting customers of a temporary closure since Jan 6, saying in a Facebook post that it was doing "minor upgrading maintenance works in the kitchen area".

Located at Lembu Road in the Little India area, the restaurant also accumulated 12 demerit points in the last 12 months and fined S$800, for failing to register an assistant and for handling food with bare hands.

NEA said that establishments which accumulate 12 or more demerit points during a 12-month period may, depending on their past record, be suspended for either two or four weeks, or have their licence cancelled.

Food handlers working at the restaurant premises would also be required to attend and pass the basic food hygiene course again.