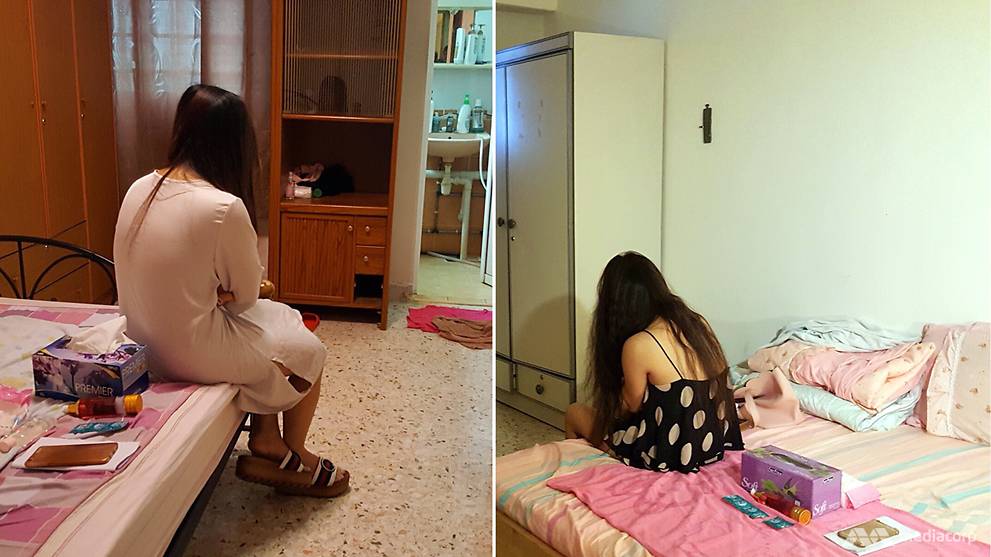 The two women, who are believed to be sisters, in the rooms they operated vice activities from. (Photo: Dawn Ang)

SINGAPORE: Several luggage bags stood - still fully packed - by the side of the bedroom doors. Pink towels and half-wet laundry hung from bamboo poles in an empty living room. A newly-opened pack of cigarettes and an ashtray sat on a coffee table in the kitchen.

There was nothing very out of the ordinary about the sparsely furnished three-room rented flat on the 11th floor of Blk 512 Ang Mo Kio Ave 8.

And yet it was.

The rented flat is suspected to have been used as a makeshift brothel. The kitchen - where the coffee table was - was where customers waited to be served.

The kitchen doubled up as a waiting room for customers. (Photo: Ashraf Zainal)

On Friday (Jan 12), two women, aged 30 and 35, were arrested at the flat during the last raid of an 11-day islandwide anti-vice operation.

In all, 96 women and one man, aged between 23 to 50, were arrested during the police's most extensive anti-vice operation to date.

Channel NewsAsia understands that all 97 were foreigners and that the group is believed to be an online vice syndicate.

One man, a Chinese national, has been charged for offences under the Women's Charter. Investigations against the remaining suspects are ongoing.

The women operated out of a rented flat in Ang Mo Kio. (Photo: Dawn Ang)

Back in the Ang Mo Kio flat, the two women, both Chinese nationals, sat quietly on their beds, keeping their heads low and using their hair to cover their faces.

The women were on social visit passes and had made use of their stay in Singapore to commit vice-related offences. Channel NewsAsia understands that the two are sisters.

The pair had advertised their sexual services under the nicknames of Qi Qi and Xia Xia on two websites, Channel NewsAsia understands.

Most of the neighbours Channel NewsAsia spoke to said they did not know the two women, nor had they observed any suspicious activity coming from the unit.

However, 84-year-old Madam Ji, who lives on the same floor, said she had noticed strangers appearing at the corridor in the last six months.

The women were conducting vice activities out of a unit (first on left) in Ang Mo Kio. (Photo: Ashraf Zainal)

The police has advised home owners to ensure that their tenants do not carry out vice activities in their units.

Owners who knowingly rent their premises to any person for vice-related activities may be fined up to S$3,000 and/or jailed a maximum of three years.

The 11-day operation was conducted by officers in the Criminal Investigation Department and six Police Land Divisions at more than 40 locations throughout Singapore.

Police seized 15 mobile phones and a camera during the raids in the properties, which include HDB flats as well as private condominiums and hotels.

abroad, their chickens have been getting passports to do biz all over the world

ICA shd relook at their procedures for issuing social visit passes to female Chinese nationals. Since China relieved its restriction on Chinese travel 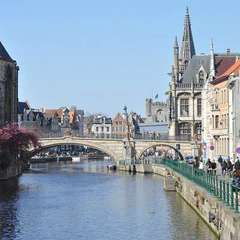 Govt should stop people from renting their HDB. Think of the safety of our younger kids. They are living in threads every minute. We are already living in the threads of the terrorist yet you plant more danger near our home.

Heavier penalties should be imposed and suspend these flats from rental and blacklist from resale. Imagine tenants staying in a flat turned brothel.