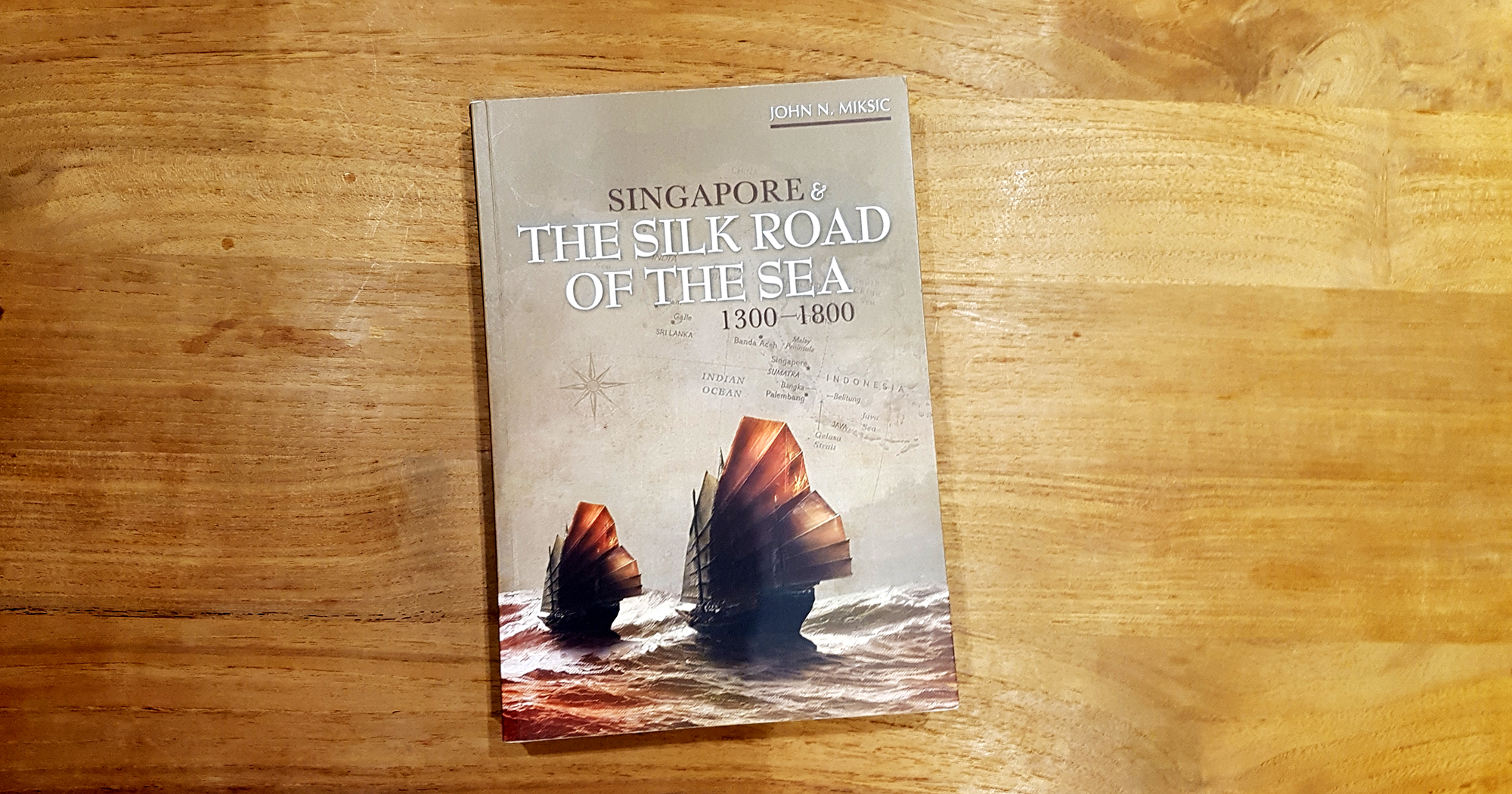 Professor John N. Miksic of the National University of Singapore (NUS) is an eminent archaeologist in Singapore.

His work refutes the common narrative that Singapore’s history started with the landing of Sir Stamford Raffles.

It details the presence of an ancient trading port in Singapore between the 14th and 19th centuries.

Singapore, in other words, has been happening for 700 years. And counting.

Miksic is the first person to conduct an archaeological dig here in 1984.

He is from the department of South-east Asian studies at NUS and will receive S$50,000 in cash as his prize.

The Singapore History Prize is awarded every three years for programmes or works that have made a lasting impact on our understanding of our history.

For the inaugural award, there were 29 submissions made by NUS History Department. Five made the shortlist.

We started way before Bangkok, Kuala Lumpur and Manila

According to one of the judges, historian Wang Gungwu, Miksic’s book is important because it has given us more information about 14th to 19th century Singapore.

This information is more than “any other city in the region in the same period”.

Singapore’s history goes back way before those of other Southeast Asian cities, such as Kuala Lumpur, Bangkok, Manilla, Naypyitaw, and Phom Penh.

Here are four cool bits we picked out from his book:

Its extent is disputed, but many acknowledge that the Malay Annals (called the Sejarah Melayu), a series of Malay myths detailing the rise of the Malacca Sultanate, played a part in influencing Raffle’s choice to establish a port city here in Singapore.

How did this come about?

According to the Malay Annals, Singapore was a thriving ancient kingdom ruled by generations of kings, the last of which was overthrown by enemy forces and fled north to establish Malacca.

One of the manuscripts ended up in Raffles’ possession, which he named Raffles MS 18.

According to Miksic, Raffles “took great personal satisfaction from the idea of reviving an ancient port”.

Even his wife, Lady Raffles, claimed that it was the third chapter of the Malay Annals that talks about the founding of Singapore, which inspired Raffles to set up an Eastern Settlement on the island.

A glimpse of the chapter which details the founding of Singapore. Via NLB.

If you’re interested, you can read a rough English translation of the Malay Annals .

2. Piecing the story of Singapore’s origins

Aside from Malay myths, Miksic also brings together other sources and perspectives that help to corroborate our origins.

For example, archaeologists have found that “a layer of fine white sand once extended along the south coast of Singapore”, corroborating the story of Sang Nila Utama being attracted to our island’s glistening white sand.

From the book, you will also find that Portuguese records from Tomé Pires, an apothecary, confirmed the existence of a prince named Parameswara — purportedly the last King of Singapura.

Although different accounts can provide conflicting narratives of Singapore’s history, we can appreciate that Miksic brought these disparate elements together for our consideration.

3. Over 10 excavation sites in Singapore

To date, there have been more than 10 excavation sites in Singapore.

Some of these include sites on Fort Canning Hill (previously the seat of Malay royalty) and along the river (Parliament House, Empress Place).

Diagram of past excavation sites in Singapore. Via Singapore and the Silk Road of the Sea.

Most of sites on the hill and along the river found traces of an ancient settlement.

If you’re interested, you can see an on Fort Canning Hill today.

4. The Silk Road of the Sea

Trade was really important for the people of Singapura back then as it is for us right now.

Singapore sits right smack in the middle of this maritime trade route and the evidence pulled from archaeological digs prove that this advantageous position made it possible to do two things:

Import raw materials to be made into finished products (such as gold, copper and bronze)

Miksic, in his introduction, asks us to envision the popular Silk Road — but on the sea, a route that is often overlooked and forgotten.

Yet this maritime route was (and still is) an important trade route which carried far more products across empires than the desert route ever did.

And with China planning to , it’s all the more important to know about its past and how we fit in it.

Looking forward, Miksic is working with NUS Press to create an online catalogue of excavated findings which would make research easier for fellow archaeologists.