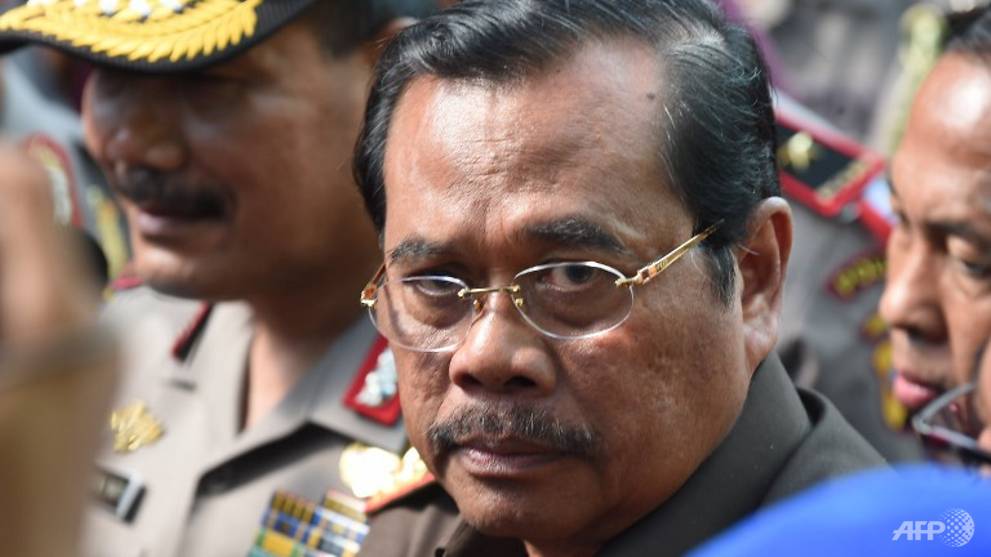 Indonesia's Attorney-General Muhammad Prasetyo (pictured) was quoted as saying that Honggo Wendratno, wanted in relation to a corruption case, is in Singapore. (File photo: Romeo Gacad/AFP)

SINGAPORE: The Singapore Ministry of Foreign Affairs (MFA) has refuted reports quoting Indonesian officers saying that Honggo Wendratno, wanted in relation to a corruption case, is in Singapore.

In a statement on Saturday (Jan 13), an MFA spokesperson said: "Honggo Wendratno is not in Singapore. This had already been conveyed to the Indonesian authorities on previous occasions. Singapore has provided our full assistance to Indonesia on this case, within the ambit of our laws and international obligations."

Wendratno, the founder of PT Trans Pacific Petrochemical Indotama, is suspected of corruption.

Indonesian reports quoted Indonesian Attorney-General H Muhammad Prasetyo and several senior Indonesian national police officers on the case as saying that he is currently in Singapore.

The authorities were reportedly appealing for him to return to stand trial, along with two other suspects.

Tribunnews.com reported that Wendratno is in Singapore undergoing heart-related surgery. He may be tried in absentia if he does not return, Antara News and Republika also wrote.

In August last year, Singapore also refuted reports citing Indonesian police officials which said that Singapore did not want to engage in cooperation on Extradition Treaty and Mutual Legal Assistance requests in relation to the same case.