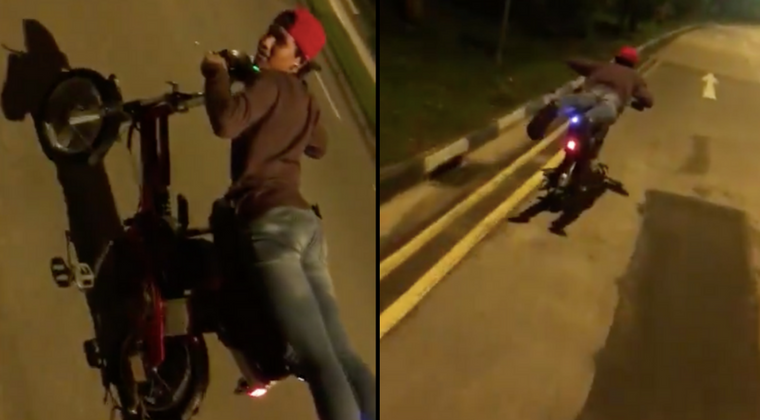 Despite the implementation of stricter laws for personal mobility devices (PMD), it seems like some PMD users are still taking the rules for a joyride. Literally.

A man was caught on video doing a ‘Superman’ stunt, where the rider planks on his PMD, while riding on the road.

At around the 13-second mark, the rider could be seen narrowly avoiding the kerb.

The video was uploaded on, a community Facebook page, on Jan. 12.

From Jan. 15 onwards, PMD users caught riding on roads will face tougher enforcement action as part of the plans to strengthen the regulations and enhancing its penalty regime to deter irresponsible users.

For first time offenders, the composition sum has been increased from S$100 to S$300 on local roads and S$500 on major roads.

Under the Road Traffic Act, those who use unauthorised vehicles such as PMDs on roads can be fined up to S$2,000 or be jailed up to three months for the first offence.